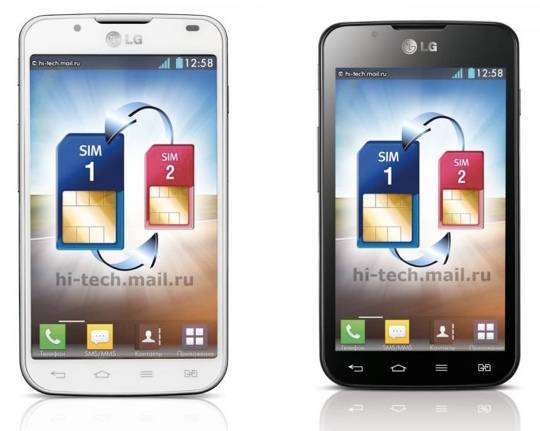 It appears as if a new Optimus L series handset has leaked. The newly discovered device is the LG Optimus L7 II Dual and as the dual in the name would imply, this one has two SIM card slots. Or more specifically, the handset will have two SIM card slots with support for simultaneous use. Otherwise, the Optimus L7 II Dual will have a 4.3-inch IPS display and above average sized battery.

The battery will be 2460 mAh. Some of the other specs include a dual-core 1GHz processor, 8 megapixel rear-facing camera with 720p HD video recording and Android 4.1 Jelly Bean. Users can also expect an LG interface as well as some pre-loaded apps to include QuickMemo, Quick Translator and QSlide.

Moving over to the pricing and availability and this is where the details drop off. So far it looks like LG will have the Optimus L7 II Dual available next month. The one catch, that next month availability appears to only be for those in Russia. Basically, at this point we haven’t seen anything in terms of global release plans.

The price is expected to be 12 990 rubles, which would be approximately $432 in terms of US dollars. Though, as we have seen in the past, the currently conversion doesn’t always translate accurately based on market to market releases. Aside from the specs we have already mentioned, the only remaining detail available includes the colors — the LG Optimus L7 II Dual will arrive in black and/or white.