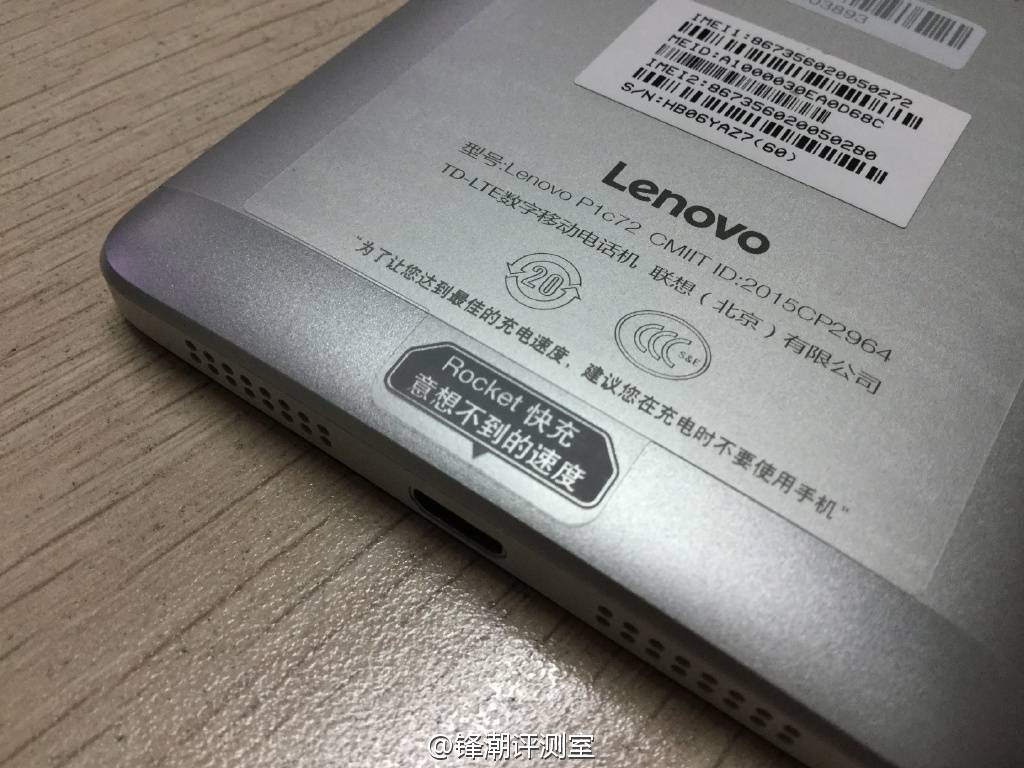 The Lenovo Vibe P1 is one of those few smartphones that we really want to check out and review because of its huge 5000mAh battery. How long will the phone last under normal usage? We’re excited to find out when Lenovo (soon-to-be Motorola) shows off the newly TENAA-certified Vibe P1 at the IFA 2015 in Berlin next week.

Actually, we’ve seen the Lenovo Vibe P1 earlier at the Mobile World Congress but those were only press renders. Next week’s launch would bring us the real thing. But as expected, someone is bound to leak any photo or more details about the upcoming phone. True enough, we have hands-on photos of the Lenovo Vibe P1 from China.

The smartphone is really going to have that large 5000 mAh battery. We’re guessing the device will run for a few days on standby mode. The photos posted on Weibo were by the “EDGE Network”. The specs we mentioned the other day have been confirmed including Android 5.1.1 Lollipop, 16GB built-in storage, 3GB RAM, and the 1.5 GHz octa-core processor.

The source didn’t give any information on the price but we believe it will cost you some $300. Not bad for an Android smartphone with that battery size.