A new VR headset may be heading gadget town as Lenovo is believed to be launching the Mirage Solo soon. We learned of a related plan as early as May when we were told Google was working with Qualcomm to launch a standalone VR headset with HTC and Lenovo manufacturing it. We also heard of a Star Wars VR headset as Lenovo teamed up with Disney. HTC already canceled its Daydream VR to focus on the Vive but for Lenovo, the standalone headset was recently approved by the FCC.

An FCC approval usually means the device is ready for launch in the United States. An FCC test report tells us some information about the virtual reality headset with model number VR-1541F. The Lenovo Mirage Solo runs on the Daydream VR platform so it’s part of the virtual reality ecosystem introduced by Google. The device is said to have Bluetooth 5.0 connectivity support and is powered by a 4000mAh battery. The FCC data sheet below looks legit so we’re excited about the arrival of the VR headset. 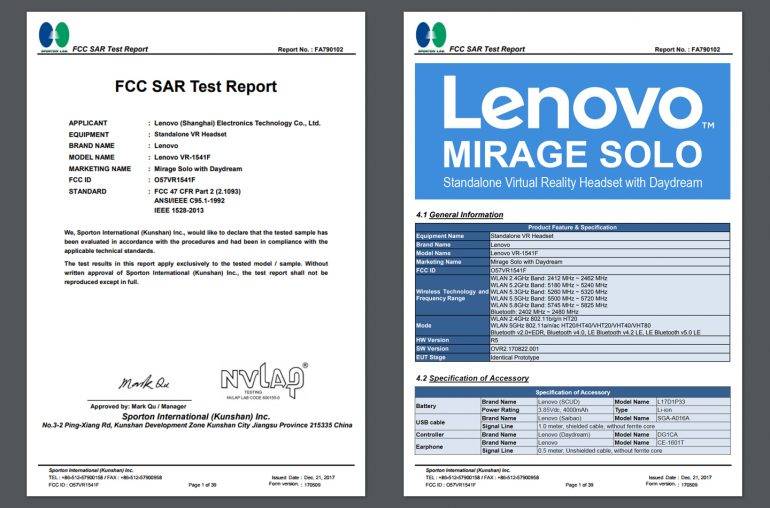 Lenovo also has the Lenovo Explorer which is a Windows VR headset. We’re expecting the Explorer and the Mirage Solo will be unveiled at the upcoming CES 2018 next month. That’s about less than two weeks from today so let’s wait and see.