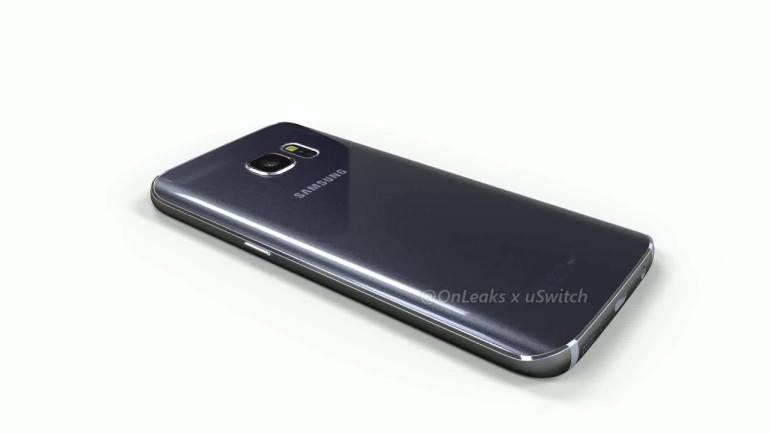 This is probably the smartphone industry’s worst-kept secret at this point, but we have more information to add to the tons of leaks you’ve already seen for the Samsung Galaxy S7, the Korean manufacturer’s upcoming flagship for 2016. This time, someone anonymous has sent our friends over at SlashGear some spec diagrams, confirming some of the rumors about the Galaxy S7.

The source has asked to be anonymous, saying that it could risk his/her job. Granted, but as grounded consumers, we will all need to take this with a grain of salt. The diagrams appear to be in Korean – and it is for the Samsung Galaxy S7 Edge (see image below). The diagram seems to confirm variants in 16, 32, and 64GB. It also writes down 4GB of LPDDR4 RAM, and two different processors – the Exynos 8890 and Qualcomm Snapdragon 820. 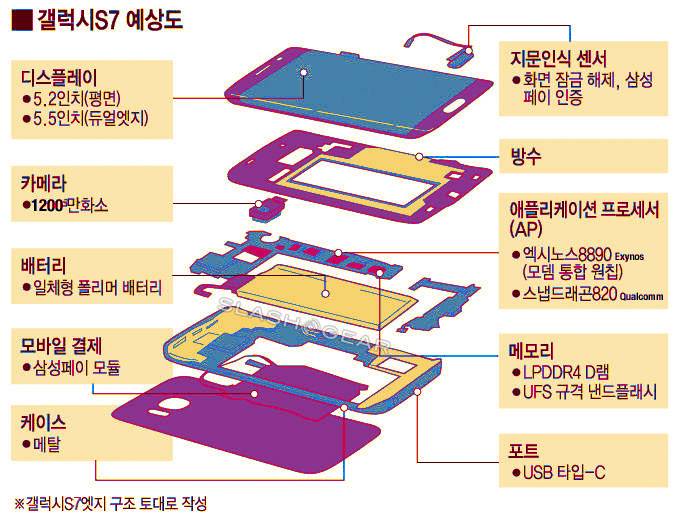 We can probably assume that the Galaxy S7 will follow the same patterns as with the Galaxy S7 Edge. One interesting element in the diagram is the notation for a USB Type-C port. All signs from earlier rumors point to a USB 2.0 port, but this we will have to see.

The display of the S7 Edge will be around 5.5 inches, and the Galaxy S7 will be at 5.2 inches. Will we be seeing the Samsung Galaxy S7 at the MWC in February? Stick around for more info. Seems that the announcement of the launch date will be any time soon.