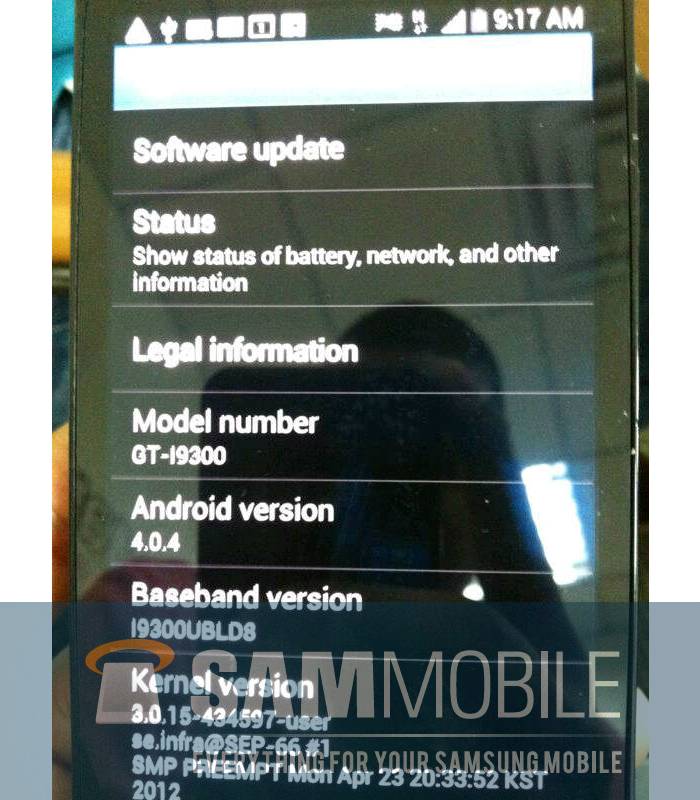 Yes, yes, we know: another Galaxy S III “leaked photo”. But this time we’re actually pretty confident that you’re looking at the real deal here. The reasons are threefold: one, this pic is courtesy of SamMobile, a dedicated Samsung site that’s been reserved and accurate before. Two, it’s sitting in what looks like a squared-off “dummy” case, not unlike the one seen in that leaked video from Vietnam. And three, the shape of the buttons and the bezel matches both the leaked manual outline and the preview image that Samsung posted to Facebook.

Visually, the device looks pretty much like we’d heard: a large screen somewhere in the range of the Galaxy Nexus’ 4.65-inch Super AMOLED, with the typical Samsung controls flanking a more angular and flared home button. The software shot shows the Samsung-customized UI that was so flagrantly absent from this latest fake, as well as the “GT-I9300” model number and Android 4.0.4. According to the source, both the phone and the software are specific to the Brazilian market. 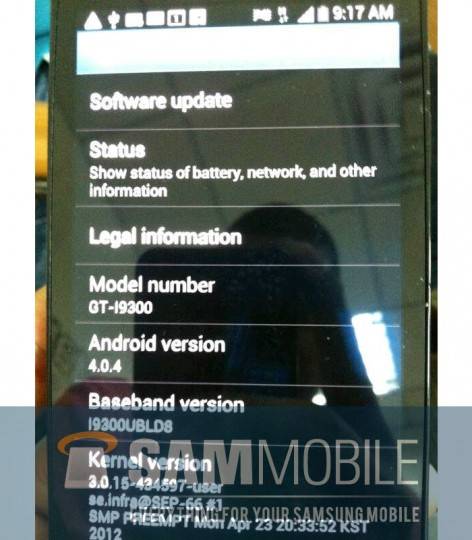 If you’re still skeptical, we wouldn’t blame you – the Samsung Galaxy S III has inspired more speculation, leaks and downright fakes than the latest iPhone. But you won’t have to wait long to put your suspicious mind to rest: Samsung will officially reveal “the next Galaxy” on Thursday, May 3rd. Naturally, Android Community will be there live to cover it.