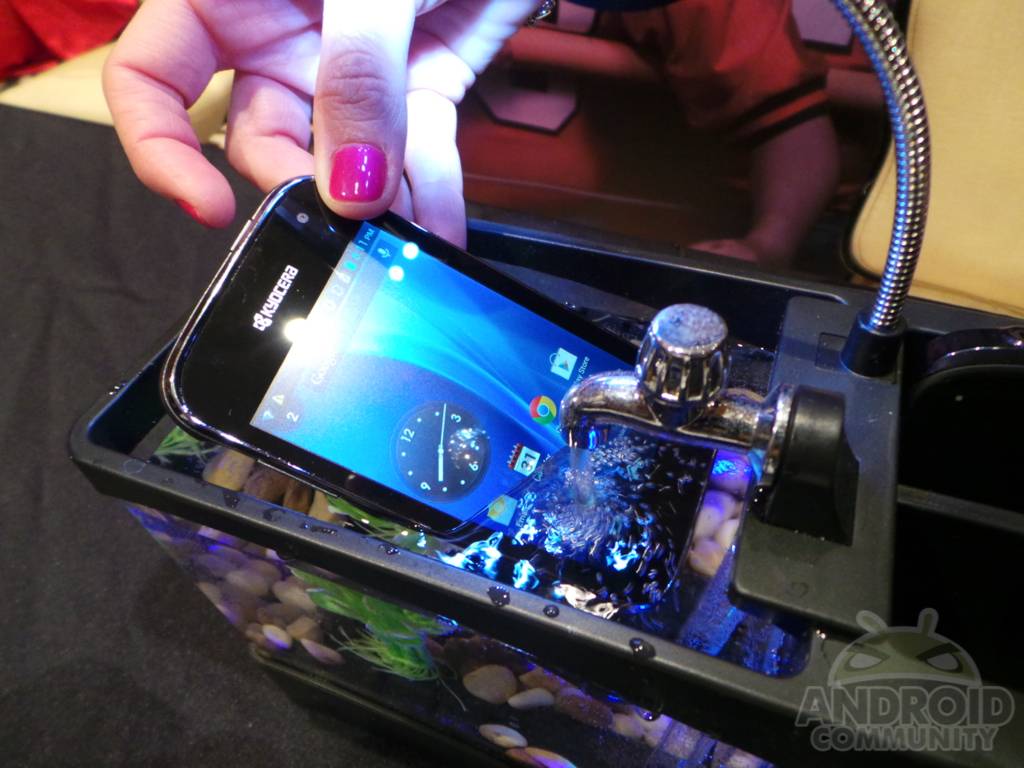 Kyocera has handsets that aren’t waterproof, however it seems most of what we have been seeing lately are models that can handle being submerged in water. We have reviewed a few here, and we got a first look at the Hydro EDGE and Hydro XTRM way back in May. At the time Kyocera was showing the handset and while they shared details on the specs, there wasn’t much in the way of specific release dates. Well, it looks like MetroPCS has launched Hydro XTRM.

The carrier has added the handset to the available lineup beginning today. They have it priced at $169. That is a contract-free price and the handset will be available with the MetroPCS nationwide plans that begin at $40 per month. These plans offer unlimited talk, text and data. The price difference for the plans comes with how much high-speed data you get. The $40 per month plan offers 500MB.

The Hydro XTRM is not only waterproof but also sporting a rugged exterior. In fact, Kyocera touts the Hydro XTRM as being the “most rugged of the Kyocera Hydro Series.” The handset has an IP57 certification which means it is dust proof and waterproof and can handle being in up to 3.28 feet of water for up to 30 minutes. The Hydro XTRM also has a Military Standard 810G rating against shock.

We previously reviewed the Hydro Elite for Verizon and the Hydro EDGE for Boost Mobile as well as the Torque.