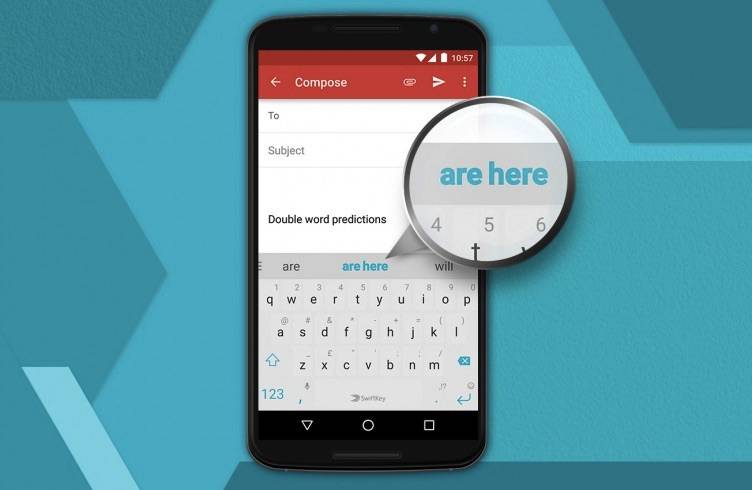 SwiftKey virtual keyboard app has been around for more than five years and since 2010, it’s been part of the top paid downloads and top keyboards lists for Android. The app is popular because it makes typing easier and faster, thanks to its smart and efficient predictive technology. The app has received numerous updates and versions already. The latest of which are the Android 6 emojis, typing stats view, Pinyin support–all part of the SwiftKey Keyboard 6.0.

The SwiftKey developers were especially busy last year releasing numerous updates and little did we know that the company, which started after millions of dollars were raised, is about to be acquired by software giant Microsoft. No confirmation has been made yet but Microsoft is believed to be spending some $250 for the European company. SwiftKey, a London-based startup, is known for its artificial intelligence found on the predictive keyboard app.

We’re told to expect an official announcement this week by founders Jon Reynolds and Ben Medlock, if not Microsoft. This deal will be once again added to the long list of recent acquisitions by an American company of a UK-based startup focusing on artificial intelligence. AI has been around for some time now but such capabilities haven’t been perfected yet. Actually, we don’t think it will ever reach its peak anytime soon. It will only continue to evolve and improve, as well as, be employed by more industries, devices, and bigger technologies.

Microsoft may be following after Google and Apple, who in the past couple of years acquired DeepMind and VocalIQ for their artificial intelligence tech and software. The tech experts know that AI will be more than useful. It can allow a smart conversation between a person and a computer.

We’re interested to know how and why Microsoft is snapping SwiftKey when the app isn’t available for Windows Phones. You won’t even find it on the Windows Store. We won’t be this curios if Google is buying because the search giant is known to go on shopping sprees, buying smaller startups and then using their technologies.

No confirmation from either SwiftKey or Google but this is something we’re interested in because SwiftKey is highly popular especially among the Android users. It’s not just a keyboard app as its language is being used in other technologies. Will Microsoft release a Windows Phone version soon or will it pull out the app totally? That will be harsh but let’s just wait and see.