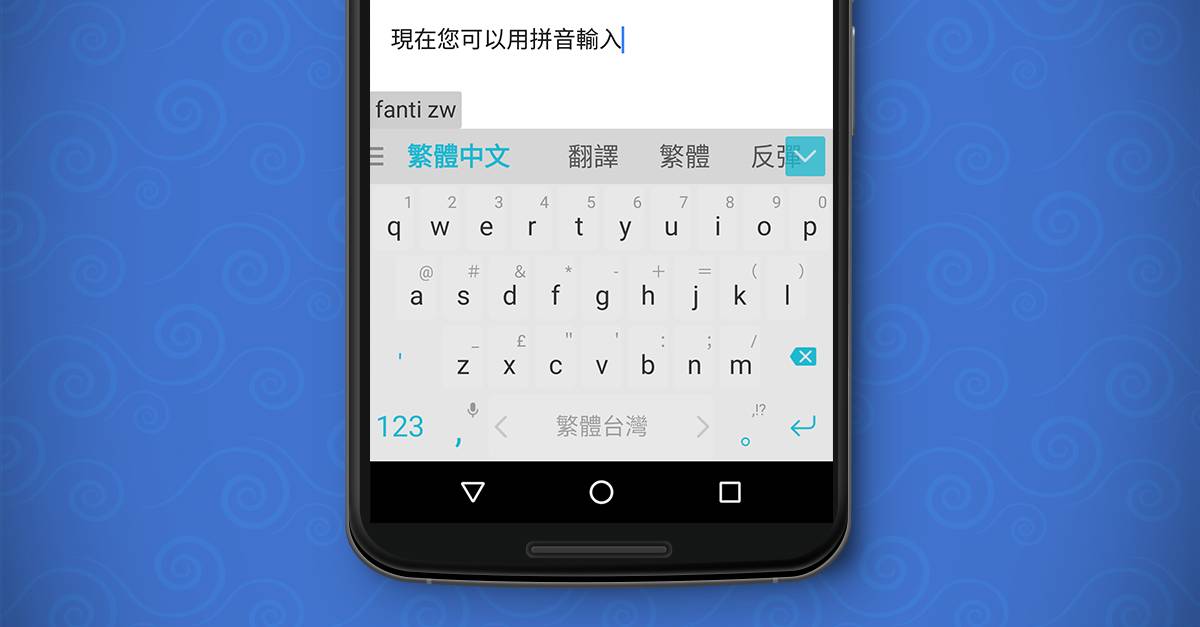 Mandarin speakers will now be able to input Traditional Chinese characters when using the SwiftKey keyboard on their Android devices. If the app wants to grow their market among the Chinese speaking users (and obviously they want to), then this is the way to go. All users have to do is update the app, choose Pinyin in the settings and they can already start inputting characters using the QWERTY layout.

Speaking of layout, typing performance is also supposedly improved with this update, regardless if you use the keyboard in portrait or landscape mode. Your existing keypress model will be reset with this update, and so there might be a day or two when it’s adjusting, but once it has been recalibrate, then you can expect fewer typos and easier typing.

The update also brought improvements to the emoji keyboard, now giving you either a light or dark background (depending on your theme) and it will also now remember the last emoji category you used for easier searching. The update is now rolling out to users so check if you already have it.