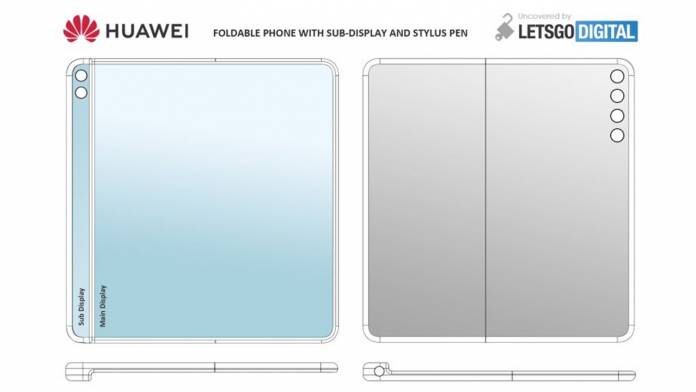 Huawei has a lot to do and get over with when it comes to the world outside of its home country. Nonetheless, the Chinese tech giant is doing a great deal in its own country and intends to keep doing the good work. This is evident through the company’s bent at revealing a phone that has what the users want – probably why the company has patented a phone with an extendable screen and a folding handset with peculiar camera setup. Now hinting at what the company could roll out with respect to its next foldable phone – Huawei has filed a patent for a foldable phone with stylus and a sub-display.

Per the patent revealed by LetsGoDigital, Huawei filed for the patent back in 2019 with China National Intellectual Property Administration and was only published recently on August 14, 2020. The patent details that the new foldable smartphone (akin to how the Samsung Galaxy Z Fold 2 folds) will come with a stylus and a sub-display.

The sub-display will be right next to the primary screen and the phone, as opposed to the existing Huawei foldable phones, has an inward folding form factor. The phone is also accompanied by a stylus for precision input – ideal for creators, journalists, or students who need to scribble doodles, take notes or stylize a design on the go. 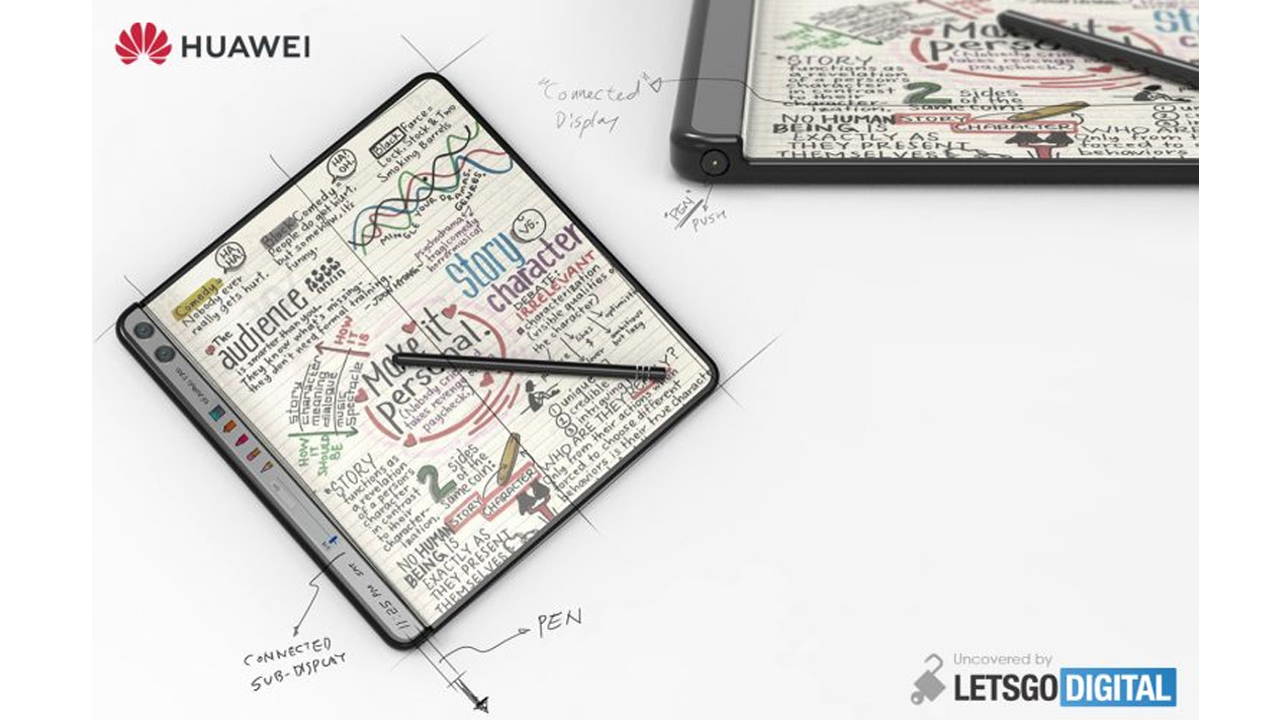 From the images of the patent put out online, this foldable smartphone will have a larger primary screen and a narrower secondary display – both with a thin bezel. A sidebar to the left of the flexible screen features the sub-display that remains accessible to supposedly view instant notification even when the phone is folded. The sub-display area is slightly risen to accommodate the stylus within and also features the dual front cameras.

The patent shows the phone with a quad-camera setup on the back in vertical orientation. There are no physical buttons visible in the phone images. There is a likely possibility of Huawei to unveil a new folding smartphone later this year, would it be something on these lines is only for the time to tell. Until then let’s just assume the Chinese OEM is going to deliver a phone with an inward folding design, which is going to be a shift from what the company already has on the stands.