We’ve seen the new Huawei P20 phones and we’ve got our hands-on feature. The P20 Lite is missing and we don’t know if it is still coming or not. We said the two phones are more of the same but there are many aspects to be proud of like the Wireless Hi-Fi and Hi-res Wireless Audio or HWA, triple cameras, and the AI capabilities. There’s also the notch which, according to Huawei, is part of transition only as the company is planning on a full bezel-less display. Aside from the P20 and P20, the Chinese OEM is rolling out the Porsche Edition of the Mate RS.

It’s no secret Huawei regularly releases a Porsche Edition of some of its products. We remember the Huawei Mate 9 Porsche Design introduced with dual Leica cameras and the Porsche Design Huawei Smartwatch released in Europe last year.

For 2018, there is the Huawei Porsche Design Mate RS that boasts a large 512GB storage. That is half a TB already so imagine how many files and data you can save. This luxury edition will remind you of the P20 Pro but sans the notch. It’s another flagship from the OEM that comes equipped with a 6.0-inch HUAWEI FullView screen, 18:9 OLED display, 2880 x 1440 pixel resolution, dual fingerprint readers, HUAWEI Kirin 970, 6GB RAM, 256GB onboard storage, and the standard WiFi, Bluetooth 4.2, and USB Type C. The phone is powered by a 4000mAh battery with HUAWEI SuperCharge for wireless charging and runs on EMUI 8.1 based on Android 8.1 Oreo. 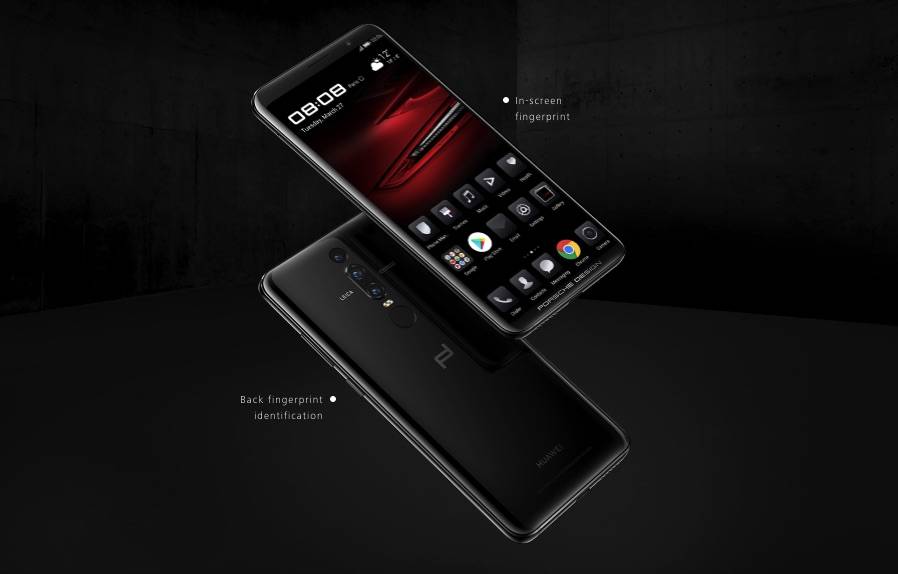 Since the phone is a luxury edition, Huawei will be including one leather case for it, VIP card, USB-C Earphones, two chargers, two USB-C Cable, and one USB-C to 3.5 mm Headphone Jack Adapter.