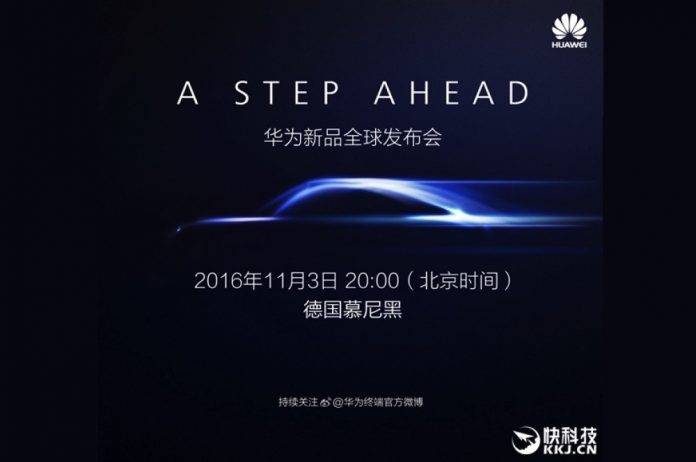 Top Chinese OEM Huawei is set to launch addition to its popular Mate series–the Mate 9 and Mate 9 Pro. We’ve heard a lot about the upcoming Mate 9 and thought it would be announced at the IFA 2016 after being sighted on GFXBench a few months ago. We said it would even arrive in three variants including a 6GB model. No new Mate rolled out but now we’re almost certain that Huawei is about to introduced the new models on November.

We already noted the launch next month after missing the IFA. A teaser was shared on Weibo, giving us an idea that they are “a step ahead”. That means the Huawei product will be advanced compared to its rivals but we’re not sure how and in what way.

The company is prepping up the new Android phones that we know will be faster and perform better than their older siblings. The poster shows some kind of a car silhouette that’s zooming fast but it also appears like some protruding component of a mobile device–the lower part being the phone and the upper part looking like an add-on.

To review what we know so far about the Huawei Mate 9, the smartphone is said to have a 5.9-inch display with 1080p resolution, dual camera system, 4X optical zoom, and a maximum of 6GB RAM and 256GB onboard storage aside from the standard 4GB RAM variant. As for the Mate 9 Pro, it’s rumored to have a higher QHD screen and dual edged curved display.

We’re not sure about what @evleaks earlier said that the highest specced model will cost around $1,300. That’s too much for a smartphone but knowing Huawei, it may make it more affordable. By affordable we mean still premium but will not go over a thousand.