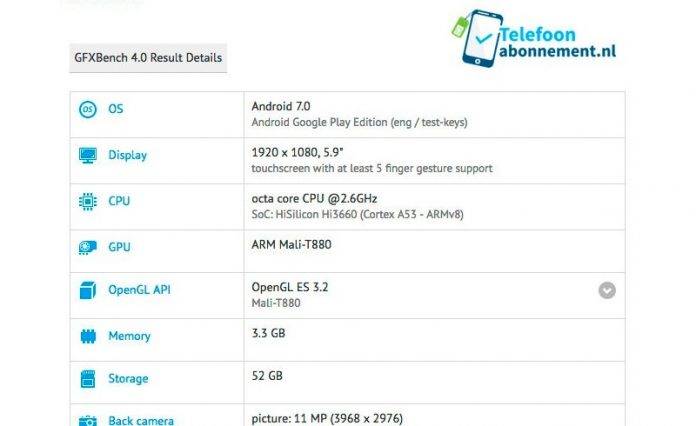 IFA 2016 is happening a few weeks from now and we know that a lot of companies will be launching their latest products. One brand anticipated to introduce its newest flagship device is Huawei with the Mate 9. A press event is already set and we’re with those many groups anticipating for a new Mate phone. Will we see a new Mate or a new P9 variant? We’re leaning more on a new Mate series phone.

Listed on GFXBench is Android 7.0 Nougat and Google Play Edition running on the new Huawei phone. We hope to confirm everything on the list while in Berlin at the IFA event on September 1. GFXBench is a good source but it’s not always reliable. The specs listed on the page aren’t always final so they’re sometimes different at launch. We’ll let you know soon.