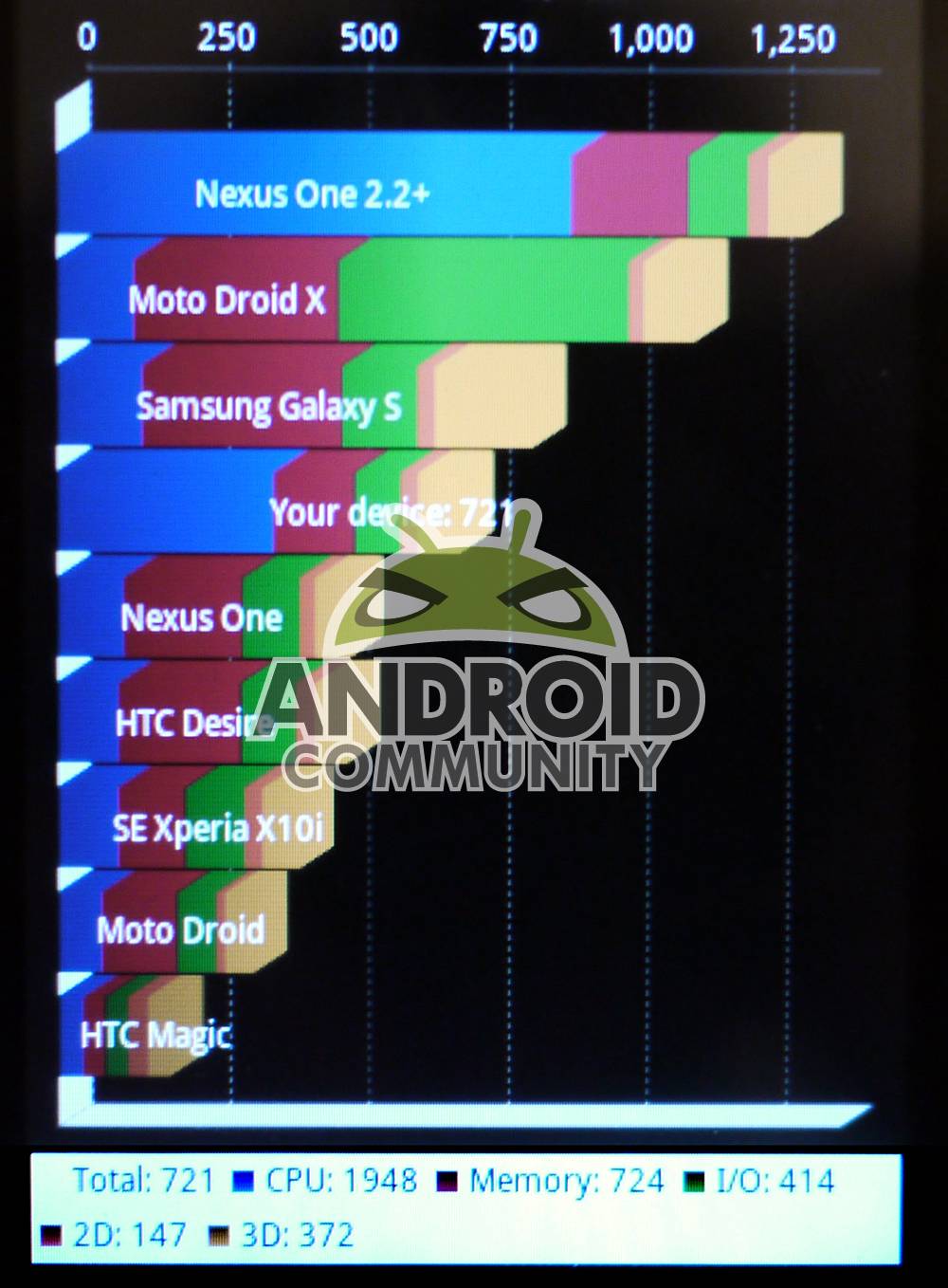 Welcome to the smallest member of the HTC Android family, one that fits directly in the palm of your hand, comes in at least a couple of cool color combinations, and beats out the whole rest of the world in mid-range competition. This is the HTC Wildfire S, the newest in a lovely line of HTC devices announced back in February, plus more since, these being thus: myTouch 4G Slide, Sensation, Flyer (tablet), and Facebook phones – ChaCha (aka Status on AT&T) and Salsa. Will the HTC Wildfire S stand up with the impressive lineup HTC has already released this summer season? Let’s take a look!

Before we continue, let’s have a look at our hands-on video so you know how incredibly handheld this device is, how the UI is looking, and what’s under the boot. This video shows yours truly taking the device out of the box for the first time as well as starting it up and exploring the contents:

This being the smallest HTC device on the block, one might think that it’s squished, tinier than it aught to be, too small for Android. While this may be true of the competition whose devices are essentially the same size with basically have the pixel resolution in the display, here the HTC crew have provided a start screen for such a small device on a TFT display that looks rather bright and nice. The only complaint I’ve got about interactivity is the small area in which now the four Android menu buttons and the buttons at the bottom of the display (for apps, phonecalls, whatever you might put there.) This area has many different things now in very close proximity, a situation where a person with above-average sized fingers might find tapping to be rather inaccurate. 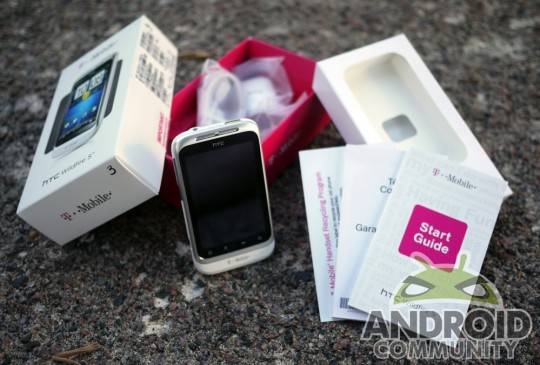 On the other hand, the rest of the display is just the right size for tiny computing. As this device is rolling out with a 600Mhz processor on a single-core chip, we won’t be using it for too many high-quality apps. On the other hand, its size and its ability to use music apps like Spotify and DoubleTwist (a shortcut for DoubleTwist is included on the device out of the box), this handset is perfect for day-to-day media interaction. The speaker is loud, the construction is creak-free, and the plastic making up most of the casing is not quite as nice as HTC usually comes out with, but isn’t the worst we’ve seen as far as quality goes either. Having the ability to get a different color combination in this device is a plus as well. 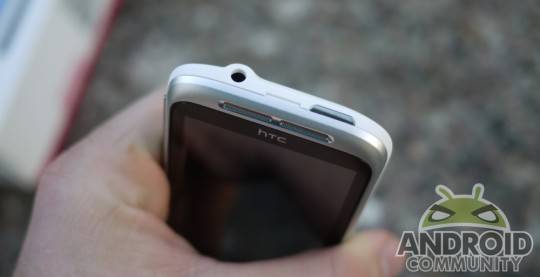 In your apps drawer, you’ll find your usual set of Google-set items including the Android Market, FM radio, Camera and Camcorder, and easy to use apps such as Gallery, Calculator,Music, Phone, and Peep for your Twitter activity. You’ve also got Slacker radio built in for some streaming music action, HTC’s Weather app for some excellent and totally simple GPS-location-based weather reports, and “My Device” which will give you, the new-to-smartphones user a full guide on how to get acquainted with your new device. 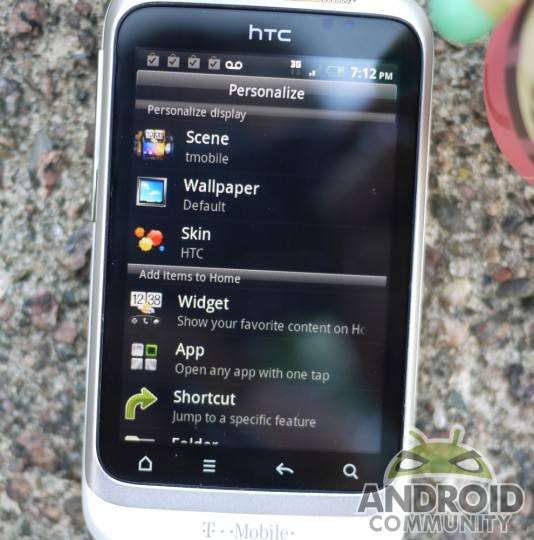 You’ll find that you’re able to run the simplest apps plus a few slightly-higher-functioning apps like Angry Birds without a hitch. Unfortunately the internal storage on this device is relatively low, and it’s not immediately apparent to brand NEW to Android users how to push their content over to their external memory, that being the 2GB microSD card that comes with the device. Once they DO figure out such a thing, then do the smart thing and upgrade to a much larger 32GB card, they’ll be doing just fine from that point forward. 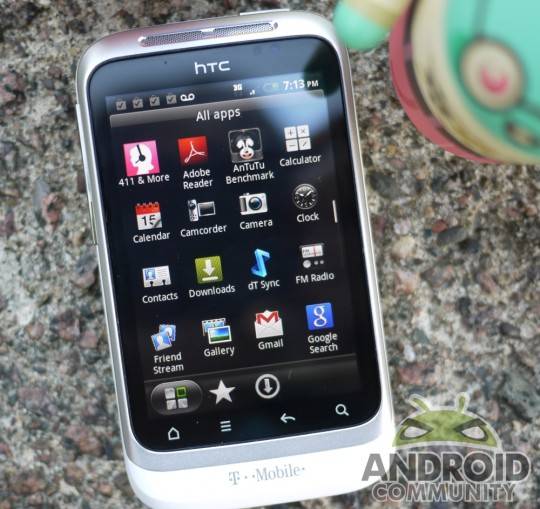 As far as performance goes, you’ll not find the Wildfire S winning any contests, but the results are certainly OK for a 600Mhz single-core, that’s for sure. 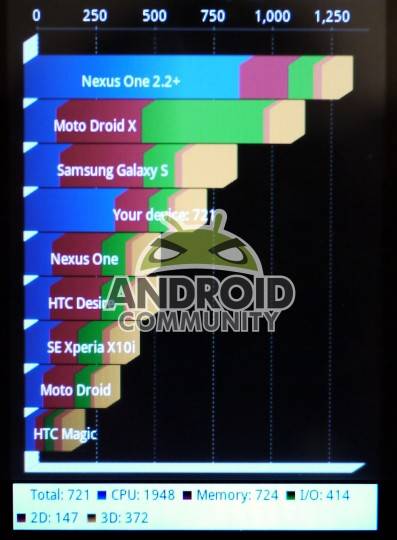 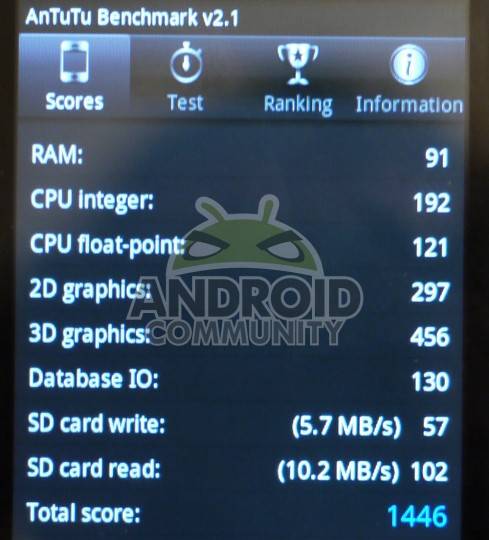 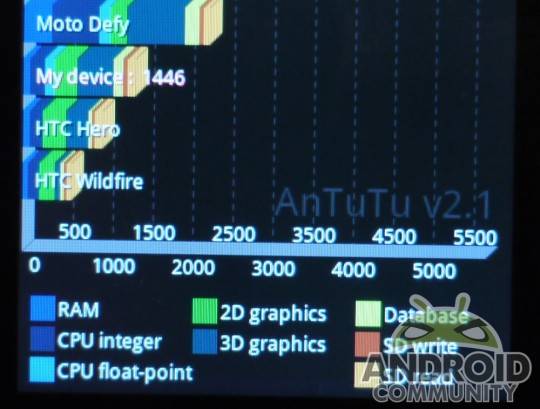 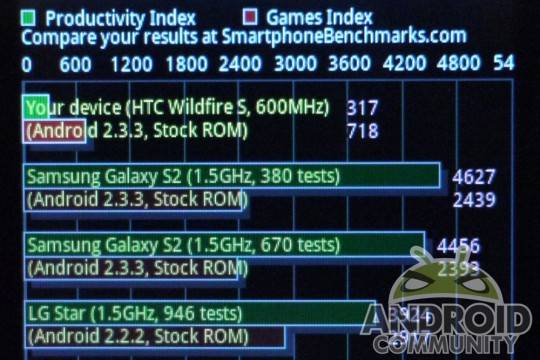 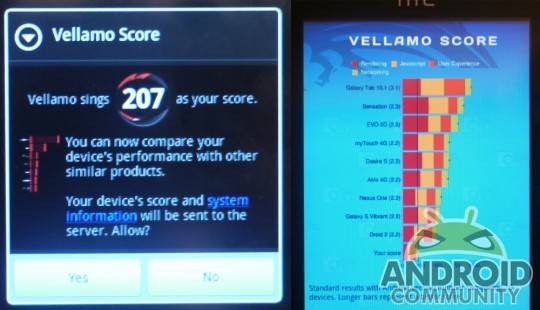 The camera quality is OK, certainly no competition for the higher-range 8 megapixel cameras we’ve seen come out over the past few months. A 5-megapixel camera on the back of the device takes decent photos and 640×480 video at 24fps. Made for sharing, looks pretty good for day to day activities, not made for professional capture, if you know what I mean. Have look here: 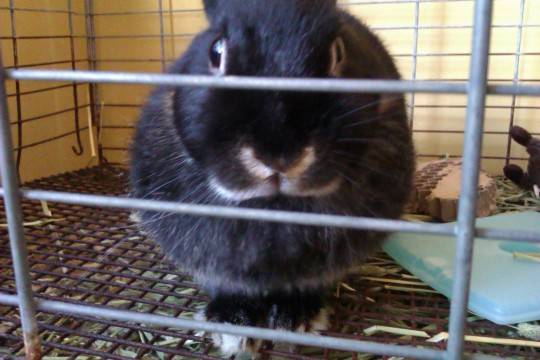 This is THE perfect phone for a new Android user. Not only will they be treated to an easy to use interface with the fun extra bits HTC offers (such as the world-renowned weather widget, of course,) they’ll have a tiny screen with bright colors and relatively sharp picture to do it with. This device will both impress a new-to-smartphone user and make them wanting more Android in the future. Not only that, they’ll want to stick with HTC because of the ease in using that one single big time draw: the weather widget again! Customization is tuned directly to new users, and with such a compact device that’s not much bigger (and in some cases smaller) than feature phones on the market today, they’ll want to continue sizing up. 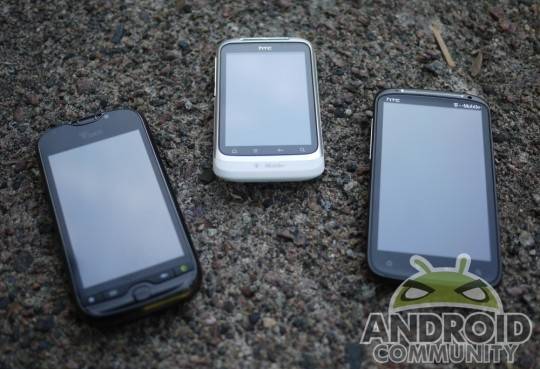 In addition, those who’ve used Android in the past and want to down-size for one reason or another would be wise to take a peek at the Wildfire S. Because I’ve got more than one Android device sitting around here for testing, i plan on using this little beast for short trips and those that I don’t plan on being out of the house for more than a couple hours. Email, Twitter, Google+, Facebook, photos, video, and all the rest of my basic communications work on here just fine, leaving only big-screen interactions like video chat (this device doesn’t have a front-facing camera) and video viewing for the bigger guns. Well done, HTC, what a cutie!