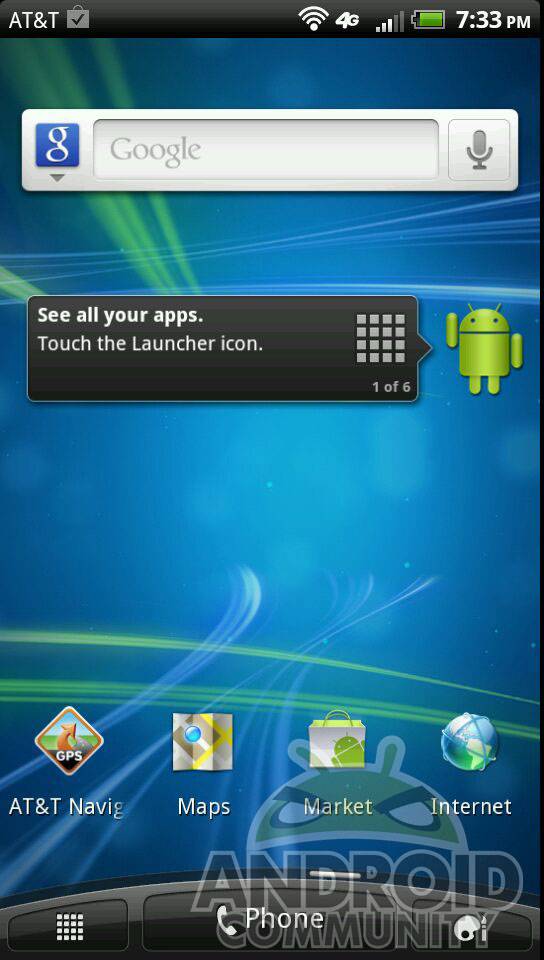 The HTC Vivid has the distinction of being one of the first phones to take advantage of AT&T’s fledgeling LTE network, a feature it shares with its launch partner the Samsung Galaxy S II Skyrocket. But the Vivid isn’t relying on a single bullet point to make its purchase case – the dual-core Gingerbread phone has some high-end specs and a huge 4.5-inch qHD screen. Does the high-end featureset and a fancy new network connection make the Vivid a worthy buy?

The first thing you notice upon picking up the Vivid is its heft. The thick plastic and metal construction makes it tip the scales at 6.24 ounces, about 30% heavier than phones of the same general dimensions from Motorola and Samsung. The weight gives the phone a definite high-end feel, but what it also gives is, well, weight. It’s up to you whether or not that’s an important statistic, but after carrying the Vivid around in my pocket for a few days, I was definitely wanting a lighter phone.

The phone has a distinctly angular style that’s accented by a full metal backplate. Slide it off and you’ll find a SIM card slot with a fancy new AT&T 4G LTE mini-SIM, and the battery, which must be removed to access the empty MicroSD card slot. The slim and unfortunately weak back speaker sits on top of the 8 megapixel rear camera, which is paired with a sharp 1.3 megapixel front shooter. The left side of the phone holds a standard MicroUSB port, the right a silver volume rocker and the top the power button, all without error or complaint. HTC’s standard capacitive buttons reside below the screen. 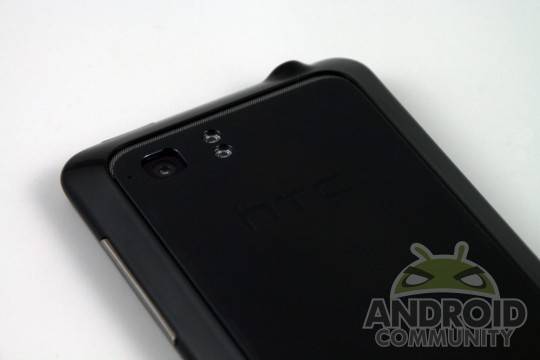 The screen itself is a standard TFT LCD. It’s sharp and clear, even at the high end of the size scale for Android phones. Unfortunately the brightness and viewing angles aren’t anything to write home about – for that you’d be better to look to the Skyrocket’s Super AMOLED panel – but resolution junkies will be happy. Reading and video were a little dark for my tastes. 16GB of internal memory should be enough for most, and those who require more can expand with MicroSD. Inside the retail packaging you’ll find nothing but a wall-wart and a USB charge/data cable.

Over several days I had no issues with any of the hardware, include Bluetooth, which can sometimes be picky on HTC phones. The only real complaint I have besides the weight is that the all-metal back is unfinished, with the exception of an HTC logo and some grip dimples. It makes the phone all too easy to scratch, so expect the back to start looking considerably worn after a few weeks. 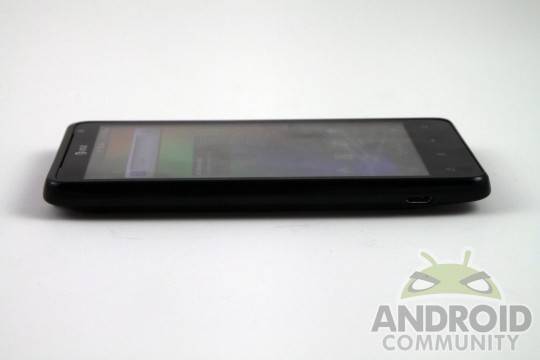 HTC Sense is in its Sunday best on the Vivid. There’s nothing really to say in addition to what’s already been said on the software. On the generous 1.2Ghz dual-core processor there’s no noticeable slowdown on the homescreen or when switching between apps, and heavy-hitting tasks like Flash, Netflix and the like don’t phase the phone at all. AT&T’s standard bloatware load is here, but unlike some recent phones including the Skyrocket, none of it can be removed – bummer. Still, to HTC’s credit it doesn’t appear to slow things down.

If you’re tempted by the prospect of LTE, you probably want the latest and greatest software as well, and I’m happy to report that AT&T has confirmed the Vivid will be getting a tasty scoop of Ice Cream Sandwich. The upgrade won’t come until the spring of next year however, probably owing to HTC’s Sense skin itself. You take the good, you take the bad, you take them both and there you have… manufacturer customizations. Until then, Gingerbread will have to satisfy. 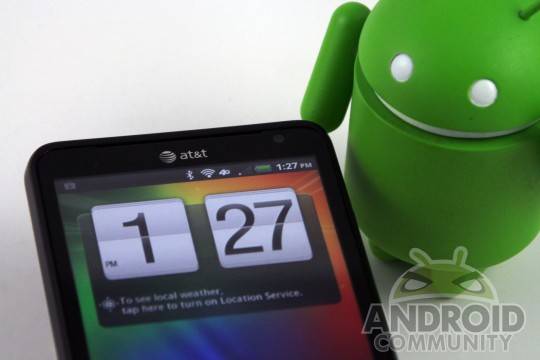 If you’re lucky enough to live in one of AT&T’s LTE coverage areas, you’re in for a treat. Even with only three bars of LTE I got 16-18Mbps down consistently. That’s likely to lower over the next year, but for now, the network is under low stress and you should see some great performance. Standard 3G/4G reception seemed in line with other AT&T phones.For a more in-depth look at the LTE network, check out our data speed tests.

Call quality was generally good, with one exception. The front speaker had some volume issues, and combined with a few long calls in the low-coverage area around my home, talking became a chore on more than one occasion. If you generally stick to AT&T’s four or five bar locations – like pretty much all of their major metro LTE coverage zones – you should be fine. If you’re in the habit of traveling outside of major cities, voice performance may suffer. 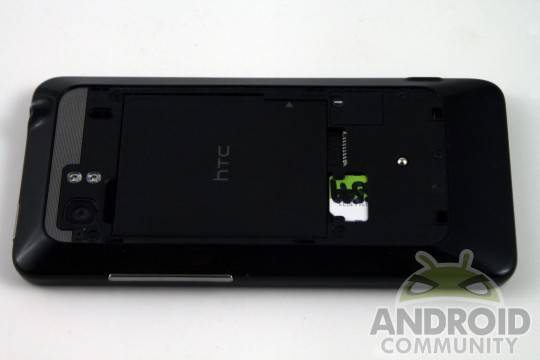 The 1650Mhz battery seems to do well on standard operations like browsing and music playback – if you never turned the phone off you’d think it was great. Unfortunately the standby performance isn’t as great. Without some careful management of apps and usage, you’re probably not going to see a full day’s use out of the Vivid, and that’s doubly true for LTE users.

The camera and video were typical of HTC’s later offerings, good but not great. In bright lighting your shots will be clear and distinct, but indoors or after sundown you’ll see a familiar fuzzy lines and muted colors. On the plus side, the 1.3 megapixel front camera was noticeably sharper than others, or so I was told from the other end of the phone line. 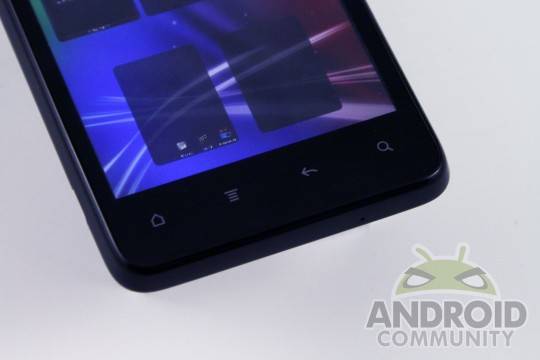 If you’re a fan of HTC’s solid design, you’ll like the Vivid. Some cutting-edge internals and access to LTE speeds doesn’t hurt, but a sub-par battery and weak speakers do. Still, at a new lower price of $99.99 on a new contract, it’s a great deal for a fast, big-screened phone, even if the screen itself is merely OK. Make sure and get your hands on a Samsung Galaxy S II Skyrocket before making your final decision.