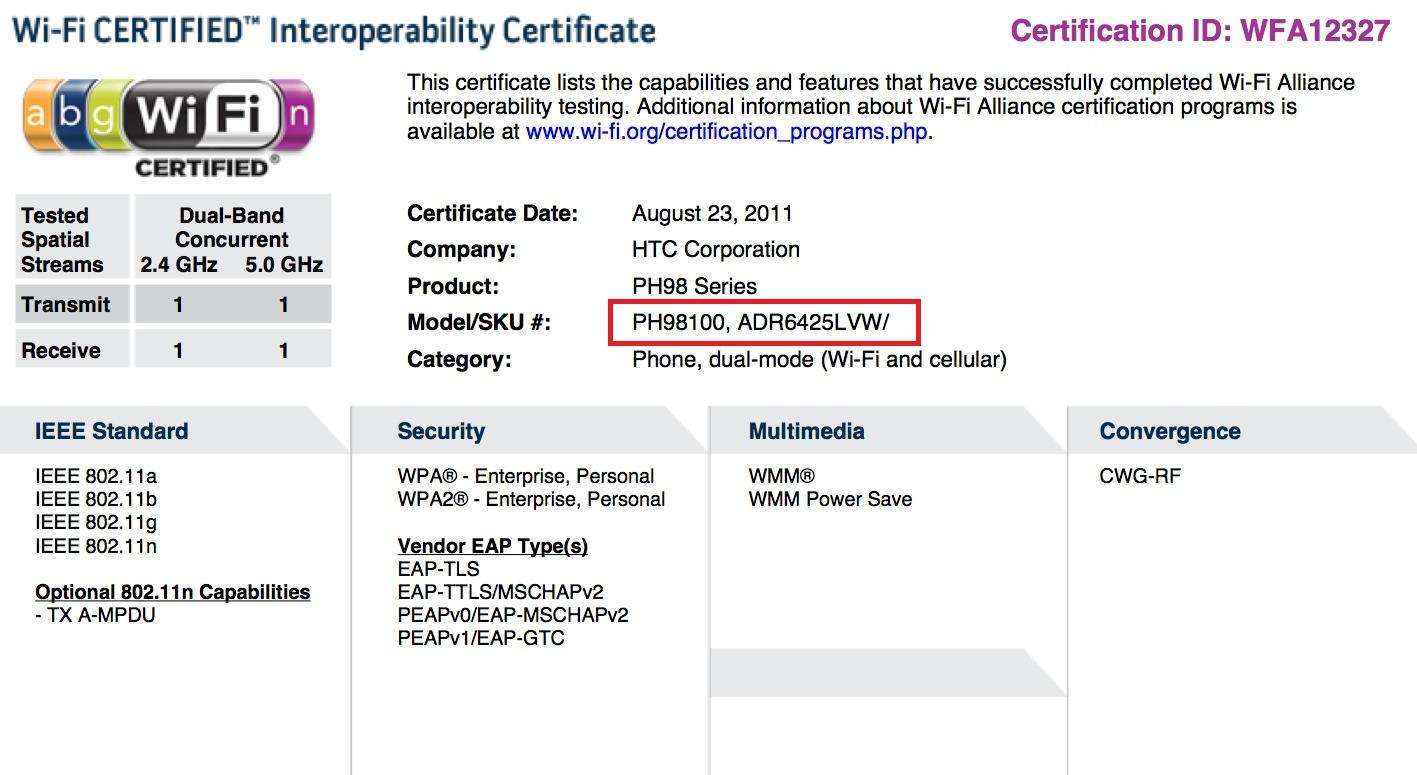 We haven’t seen much regarding the HTC Vigor (ADR6425) lately but now it has jumped back on our sites with a recent Wi-Fi certification filing and Bluetooth filing. While this isn’t anything major, it’s one more step closer to us actually seeing and owning this awesome device. For those that might not remember much about the HTC Vigor, it will be the replacement for the HTC Thunderbolt over on Verizon Wireless. That alone should get you excited.

In case you didn’t see the original details it was first leaked here and later confirmed to be an HTC device headed to Verizon with 4G LTE. It will sport a high resolution 1280x720p HD display that is at least 4.3″ or bigger, will have a 1.5 Ghz dual-core Snapdragon processor and come with Android 2.3.4 Gingerbread at launch.

That isn’t the last of it though, we’ve recently spotted it on a leaked Verizon roadmap but that didn’t get us many details other than confirming it was coming soon. It was this full roadmap leak that tells us all about what Verizon has planned ahead. If you look closely we see the HTC Vigor is slated for an early October launch, and will be replacing the highly popular HTC Thunderbolt. We are expecting a pretty awesome device to knock off the flagship 4G LTE phone from Verizon, but we’ll have to wait and see.