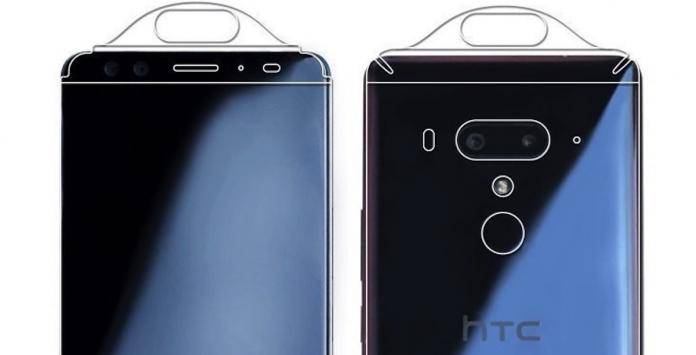 Apart from the LG G7, Moto G6, OnePlus 6, and the Xiaomi Black Shark gaming phone, we’re anticipating for the HTC U12+ as one of the next-gen flagships from the top OEMs. As early as January, we saw an image render showing off a full-screen bezel-less display. The phone aka the HTC Imagine was also previewed at a tech event. Specs were then revealed before the official launch and we discovered it may feature a matte white metal and glass body.

The HTC U12+ will be the next-gen premium flagship. The HTC U12 will be no more as the Taiwanese tech giant is making strategic changes especially now that the brand is owned by Google. We’re sure it will be the only flagship phone from the brand this 2018. We’re also certain it will be announced in May and before the public launch, expect to see more images like this set of new live photos.

HTC U12+ is said to be thinner than the HTC U11+ from last year. We see a dual camera system plus a fingerprint sensor on the rear panel. For those waiting for the notch, this one won’t have it. We’re guessing HTC doesn’t want to make that risk yet. So far, we know the smartphone will have the following features: 6GB RAM, Qualcomm Snapdragon 845 chipset, 18:9 display, and 64GB or 128GB built-in storage.