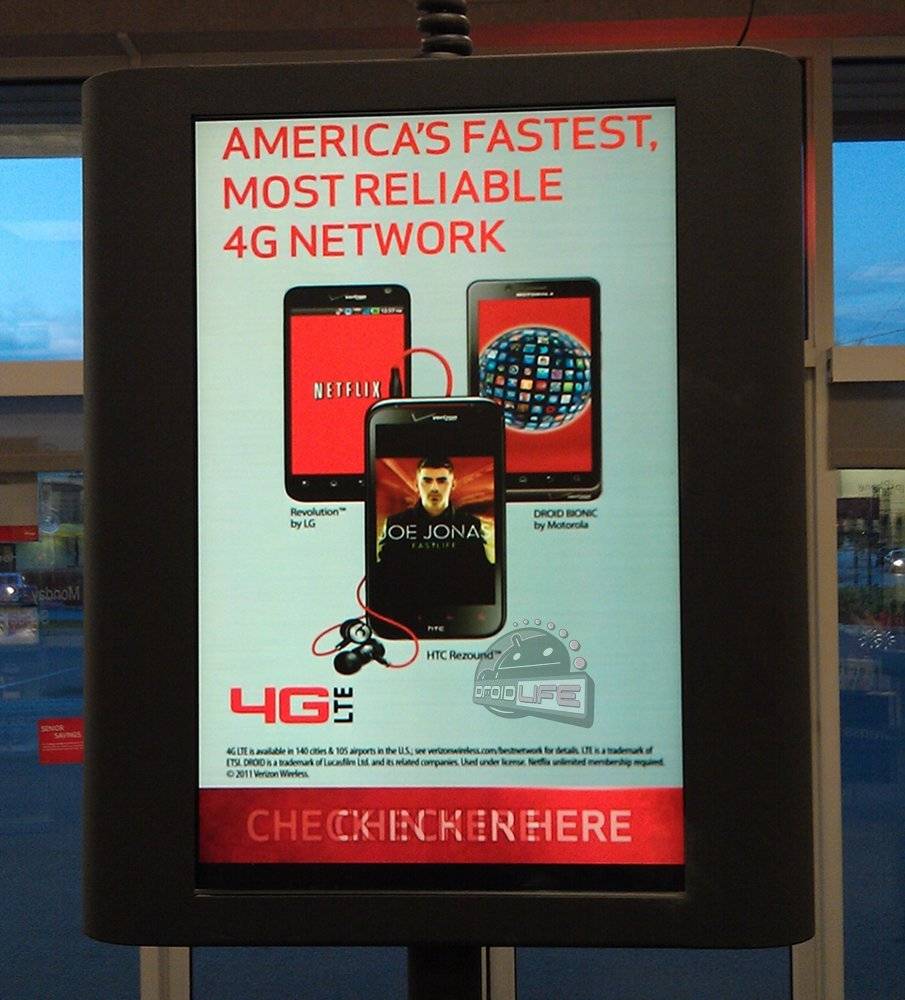 HTC has a New York City event scheduled for this Thursday, November 3rd, wherein the Rezound is expected to make its much-anticipated first appearance. It looks like that’s being corroborated by at least one Verizon Wireless store, which has posted a digital ad featuring the Rezound next to its carrier predecessors, the LG Revolution and DROID BIONIC. Also prominently featured are Beats headphones, definitely indicating that the device will feature the audio additions of HTC’s subsidiary.

The Rezound has peeked out before under its code name Vigor, and if the rumored specifications are accurate, it should be a beast of a phone. A 4.5-inch, 720p LCD display hides a 1.5GHz dual-core processor, and naturally it takes advantage of Verizon’s 4G LTE network. If the above ad is anything to go by, it might also include a pair of snazzy Beats headphones, just like the Sensation XL across the pond. A “wireless” backplate charger that probably uses an inductive charging process cleared the FCC just last week, though it isn’t known whether or not the phone will use the backplate alone or if it’ll be an add-on accessory, like the Palm Pre.

Verizon’s internal documents point to a November 10th release date for the HTC Rezound, along with a $299 on-contract price tag. While this data hasn’t been confirmed, the same price and release has held true for the DROID RAZR, also on the document. We’ll be covering the HTC announcement on Thursday, so keep it here or follow our Twitter account, @androids, for the latest updates.