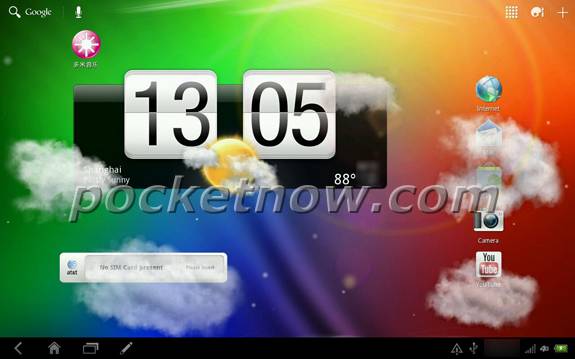 Some new screenshots have leaked yet again of the upcoming HTC Puccini tablet. This time we now have what appears to be the official name and it will be known as the HTC Jetstream on AT&T. We saw plenty of screenshots at the first of the month but these latest images show the name as well as plenty of AT&T branding.

With the image above not only do we see the popular HTC Sense UI weather, but also the personalize icon up on the top right as well as the all familiar battery and status icons on the bottom. I must say I think I liked the Honeycomb stock icons a bit more personally. The HTC Jetstream will be the first 4G LTE tablet launching on AT&T according to recent FCC filings so some could even call the name “Jetstream” clever. 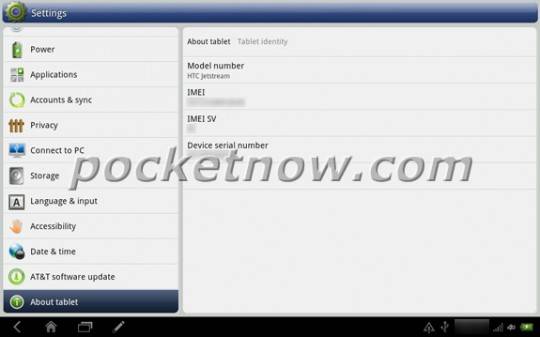 Here we can clearly see the name “Jetstream” listed in the screenshot to confirm the new name for the 4G LTE slate and from what we do know this should be a powerful tablet. Rocking a 1.5 Ghz dual-core processor, Android 3.2 Honeycomb (heavily skinned) as well as the usual tablet specs with a 10″ display, 1GB of RAM and the usual goodies. The leaked press images also revealed an 8 MP camera on the rear and pen stylus support but that is obvious with the pen icon showing on all the screenshots.

Latest sources suggest the HTC Jetstream should be launching late September or early October but we have no confirmation so will wait for further details.