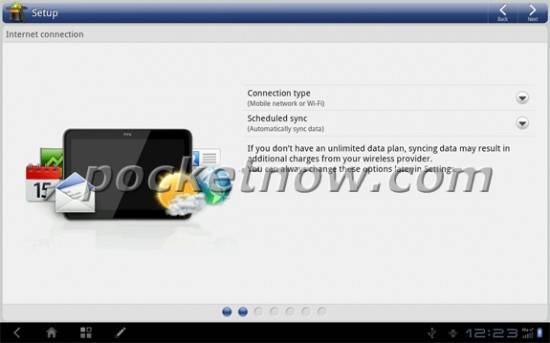 The HTC Puccini is the code name for what will be the first Android Honeycomb tablet for HTC and it’s headed for AT&T with 4G LTE. We first saw some leaked pictures a few weeks ago you can see here, but now we are seeing actual screenshots of the device running some heavy customizations as well as that wonderful stuff we call bloatware.

This isn’t really all that surprising as HTC is the king of custom user interfaces with the highly popular HTC Sense UI. I personally love stock vanilla Android on both Gingerbread and Honeycomb myself. We can expect to see some sort of HTC Sense on the Puccini that is for sure, but we are also seeing loads of AT&T bloatware. As long as they don’t pre-load this thing with Bing I’ll be okay. 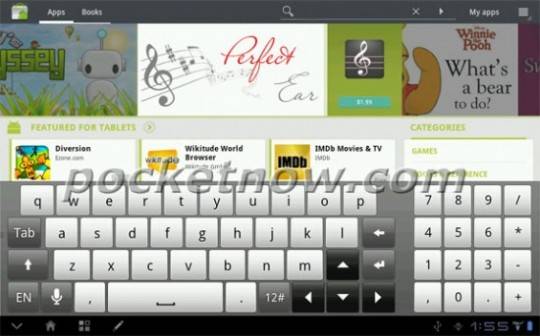 We do have the split keyboard layout we have been seeing as of late and I like the look. The new Wifi icon and menu button on screen in the image above are a little odd though. 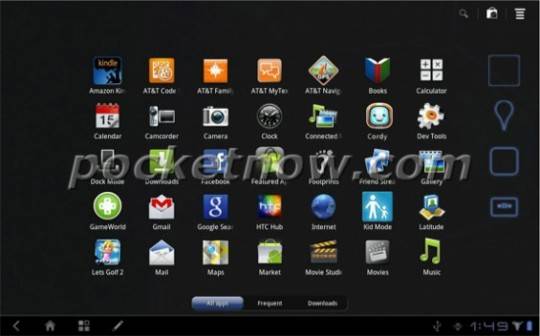 We wont show you all of the bloatware but you can see plenty of AT&T branded apps pre-installed above. I counted like 5 straight off the back and then gave up on looking for more. Pre-installed apps are to be expected so we just have to deal with the bloatware. The HTC custom UI should bring plenty of improvements and fancy designs but we wont know until we see more but here is a small preview of the settings pane. 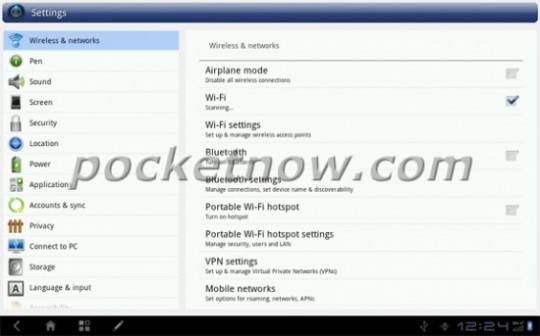 HTC has been known for their colorful icons in settings menus etc on most Android handsets and we have no reason to believe differently for a tablet. Clearly we can see the similar UI idea’s in the above image.

We don’t know a lot about these screenshots or how close they are to being a final build, we will probably see more eventually that might shed more light on HTC’s upcoming tablet and Honeycomb UI. Interesting shots and I can’t wait to see more.