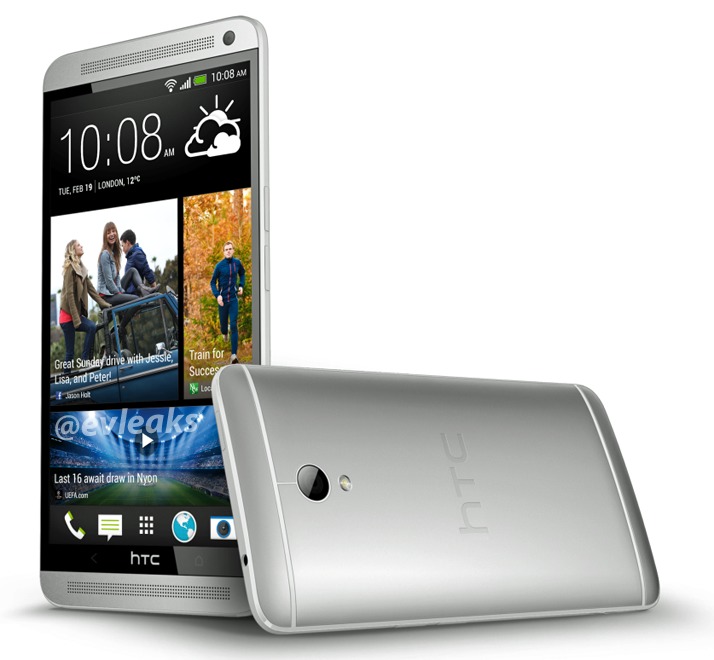 Companies are probably busy getting their media materials ready for the IFA trade show on the first week of September, so it wouldn’t be surprising to get bombarded by leaks and images over the next days. And that’s exactly what we’re getting as rumor source evleaks gives a glimpse of a rendered HTC One Max image, probably for use in press kits.

Aside from having a pretty picture to look at and pass around, we aren’t getting anything new information to what we have so far. We’re still expecting the One Max to have a 5.9-inch display with strangely the same resolution as the smaller HTC One but also with a better processor, a Qualcomm Snapdragon 800 running at 2.3 GHz and with the usual 2 GB of RAM. 16 GB internal storage expandable with a microSD slot, 4 megapixel rear camera, 2.1 megapixel front-facing camera, and a 3300 mAh battery rounds up the rumored specs.

HTC has really been pushing its marketing campaign, dropping images and video clips that are intended to go viral on different social media sites. Although it is expected that they are primarily for the HTC One Max unveiling, the company seem to be dropping hints that there could be more up its sleeves, including the rumored reveal of Robert Downy, Jr. as HTC’s new endorser.

HTC is expected to bare it all on September at IFA in Berlin, in synchronicity with a whole host of other companies making device announcements like Samsung’s Galaxy Note III and Sony’s Xperia Honami. It’s still a good three or so weeks away, but sounds like it will be a whirlwind, so best to hold on to your seats and be prepared for a blast.