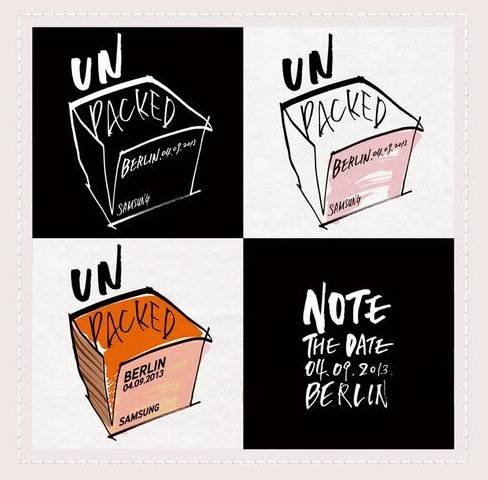 Samsung didn’t come right out and say they were going to be announcing the Galaxy Note III on September 4th, however the hints dropped in this latest Unpacked event invitation seem to have made things pretty clear. Invitations for the Unpacked 2013 Episode 2 have recently been sent out and Samsung has asked everyone to “Note the Date.” If that doesn’t suggest the Note III we aren’t certain what else would.

That being said, this really just puts a confirmation to the earlier rumors. Simply put, we have long been expecting Samsung to officially announce the Galaxy Note III during IFA. The catch now will be how much they reveal. It seems more than likely they will confirm the specs and details of the handset itself, but then there will be the release dates, prices and carrier details.

The spec related rumors have varied from time to time, however there are a few details that seem to be sticking from rumor to rumor. For example, most of the speculation has pointed towards the Note III as having a 5.7-inch Super AMOLED display and 13 megapixel rear-facing camera with Xenon flash. Of course, there will also be the S Pen, which is a regular feature of the Note lineup.

Some of the other spec related rumors have pointed towards the handset as having a dedicated camera button, 3GB of RAM and Android 4.2.2 Jelly Bean with Samsung’s TouchWiz user interface on top. In terms of the processor, that has been an items that seems to have gone back and forth. And otherwise, as we often see with Samsung, the Galaxy Note III is expected to bring several model numbers which will vary depending on market and carrier.

But in the end, at least we now have confirmation on the date of the event. The better part is the event is now less than one month away, but on the flip side, this will likely send the rumors into overdrive.