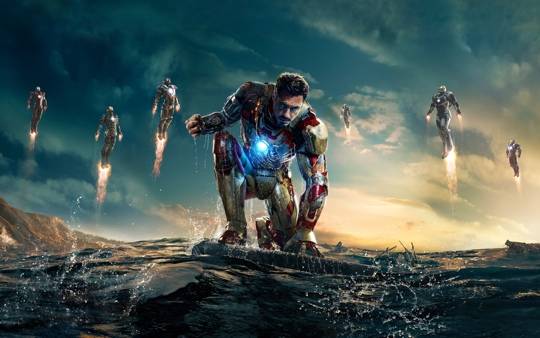 HTC had previously said they were going to stop hiding their brand and go “bolder with marketing.” In what looks to be a follow-up to those statements, the company is said to be in talks with actor Robert Downey Jr. The details have yet to be confirmed by HTC, however this deal is reportedly for a global two-year marketing deal.

The current set of details are coming by way of a recent Bloomberg, who are reporting this as a $12 million payday for the actor. While Downey may be well known for movies such as Iron Man and Sherlock Holmes, he is not expected to be in character for the campaign.

It is looking like Downey will be playing himself in this campaign and perhaps more important for him — it is being reported that he will have the final decision on all creative elements. This campaign is expected to be a mix of print and billboard ads as well as television commercials. Beyond that the details are limited.

A representative from HTC has said they “have nothing to announce today on a new marketing campaign.” Basically, it looks like HTC is attempting to do something (to use their words) bold. The eventual outcome remains to be seen, however when competing against the likes of Samsung it seems HTC has to do something.

It was noted that Samsung spends about $10 billion per year when it comes to marketing. HTC on the other hand, has a budget of around $1 billion per year. That said, based on a limited budget and an attempt to make a bold move, it seems Robert Downey Jr. may be a good move. Along with those previously mentioned movies, he is also committed to Avengers 2 and 3 and The Judge and Chef — which is really just another way of saying his name should be staying in the limelight for a while.

[Update] HTC has provided Android Community with a statement;

“We have nothing to announce today on a new marketing campaign. But as we’ve said over the past several months, HTC is working to change its approach in how and where it markets its products to compete in a more effective manner. The all-metal design has drawn overwhelmingly positive feedback from media and consumers alike. Anyone with a penchant for metal should be able to appreciate its appeal.”