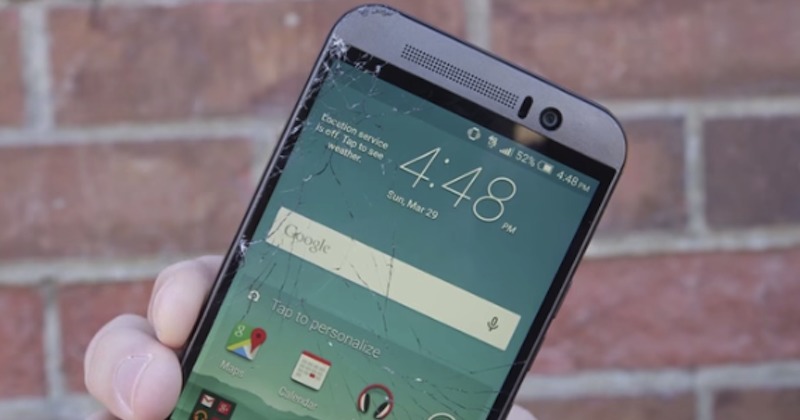 After that Galaxy S6 drop test, the iPhone 6 vs. Galaxy S6 edge speed test, and another water test involving the Galaxy S6 edge, we want to know if the HTC One M9 can survive the same stress tests. Phil, the other guy behind the YouTube channel TechSmartt, did a drop test and water test for HTC’s latest flagship phone.

The HTC One M9 doesn’t have any IP67 certification but TechSmartt went ahead and submerged the smartphone into the water. He wanted to see if the phone can withstand those unfortunate times when one would forget and accidentally put it in the washer. The phone is not waterproof just like the Galaxy S6 edge.

The One M9 was working fine until about the fifth minute when the screen started to freak out a little bit. It could just be the water touching the screen. It happened once again after a minute but phone worked fine until after 16 minutes when the phone’s screen started to flicker. The screen died but soon popped again. Screen continued to flicker but a bit dim already. 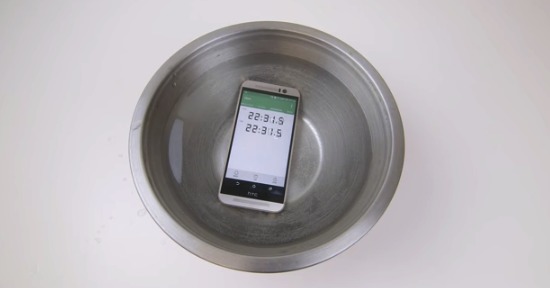 Finally just before the 23rd minute mark was reached, the phone completely died. Phil took the HTC One M9 out of the water and tried to turn it on. The smartphone appeared to be on but the screen wasn’t displaying anything. This means the HTC One M9 is not waterproof, only water-resistant. The HTC phone submerged in water under 10 minutes can still work properly. Beyond 20 minutes, you’ll experience several problems.

No mention if this is the same HTC One M9 submerged in water but the phone model passed through a drop test. First from a height of three feet, then about six feet, and then higher at seven feet. After the pocket drop, the phone only received a few scratches at the back. There was no damage on the glass screen.

From a height of five to six feet, the HTC phone received a big dent on the bottom corner. From a height of seven feet, it received more scratches, chips, and dents around the aluminium—all scuffed up around the edges. After several drops, the HTC One M9 still held up and appearing to be working fine. However, dropping the phone straight on the concrete floor with the glass screen facing down definitely destroyed the screen but the body still held up. Phone still worked though.

The HTC One M9 also underwent a Scratch & Hammer Test but that’s just too painful to see. Watch at your own risk and beware of the irritating and screeching noise.