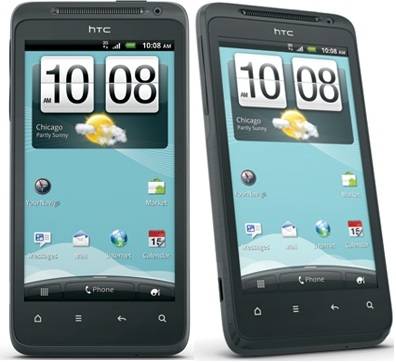 The new HTC Hero S from U.S. Cellular is finally for sale and can be yours today. First leaked as the HTC Kingdom or the Design 4G we quickly learned the full specs of the Hero S. It was then leaked along with the Motorola Electrify as headed to U.S. Cellular. They have silently launched the device and can be purchased starting today.

U.S. Cellular officially announced the Hero S last month, along with the Wildfire S and the HTC Flyer tablet all coming soon and that was the last we heard. Starting today, you can head over to uscellular.com and snag the HTC Hero S for just $199 (after a $100 MIR). This device may not be the biggest and best smartphone available but it’s an excellent option for those using U.S. Cellular.

The HTC Hero S is positioned as a nice mid to top end device being faster than the original EVO, but slower than new dual-core phones. With the Hero you get a 4.0″ qHD 960 x 540 high resolution display, Android 2.3 Gingerbread, HTC Sense UI all running with a 1.2 GHz Qualcomm single-core processor. With a 5MP camera on the rear and 1.3 front for video chat this is overall a great buy. Perfect for those that don’t need the biggest and best and just want a great smartphone that is well designed, sleek, and up to date thanks to HTC. Let us know if you plan to pick one up, or if you opt for the dual-core ELECTRIFY.