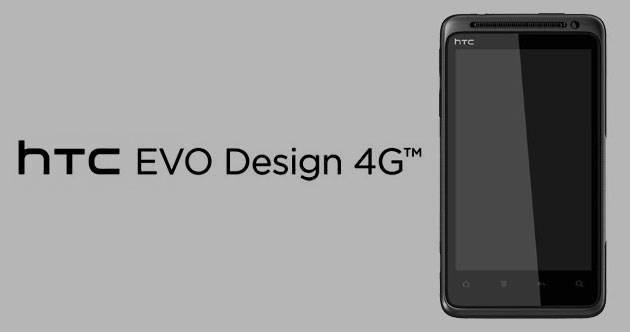 The HTC EVO Design 4G also known as the HTC Kingdom has just been revealed with a bit more details. We’ve seen this name and device a few times before. It was leaked in April then later saw some specs and a possible name of the Hero 4G. New reports are suggesting the Kingdom will in fact be the HTC EVO Design 4G and will be the smaller sibling to the popular EVO 4G we all known and love.

A few weeks ago Engadget leaked the names of a few devices and this was included in the list. Now we have a full RUU build that has leaked giving us the full specs for the HTC Kingdom. It will in fact be called the HTC EVO Design 4G and will be the little/big brother to the EVO 4G. I say that because it’s smaller, yet has some better specs. Those details are:

What we have here is a very nice combination of the EVO 4G and the EVO 3D with a slightly smaller screen at just 4.0″ but it will be boosted up to a qHD 540×960 resolution. The processor looks to be an older generation processor, is single-core, but has a slight speed bump from the original EVO that was 1.0 Ghz and the Design 4G will be chugging along at 1.2 Ghz. With the 4G in the name we can expect to see it rocking the Now Network’s WiMAX speeds and those hoping for a kickstand will have to wait until more pictures appear.

This looks to be a high mid-range offering coming in slightly higher than the original EVO 4G and under the EVO 3D and should come at an affordable price, yet still have great performance and fast 4G speeds. Would you buy it?