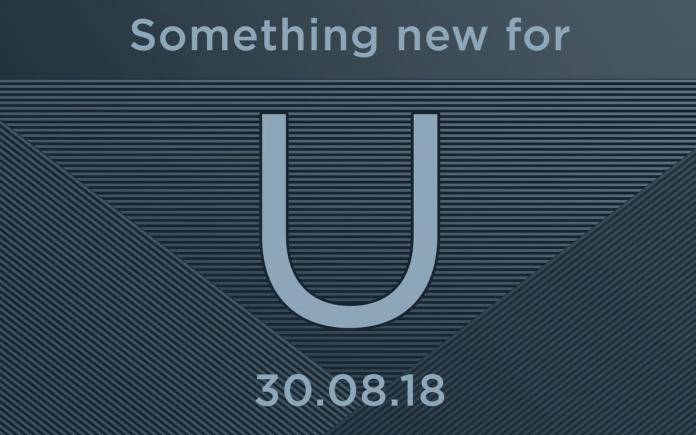 HTC is believed to discontinue manufacturing Android phones on its own but the brand isn’t giving up on designing and releasing new devices and updates. It’s even one of the first companies to announce which phones are getting the Android Pie. Next to be introduced is the HTC U12 Life after the HTC U12 Plus has hit benchmarks with its four cameras, no-notch display, and more edges. The new variant is scheduled to be announced this coming August 30, Wednesday.

A teaser image was shared on Twitter, telling us “Something new for U”. Obviously, it’s a new HTC U phone whose details were also leaked last month.

We’ve been anticipating for the unveiling of the next HTC smartphone codenamed “Exodus”. The mid-range phone was earlier referred to as “Imagine Life” and looks like it’s ready to roll out.

It’s unconfirmed if the phone will be shown off during the IFA event but it doesn’t matter where exactly. We’re just glad the HTC brand is still in the mobile business despite the not so good news like employee layoffs, an ad being banned, or a top executive resigning.