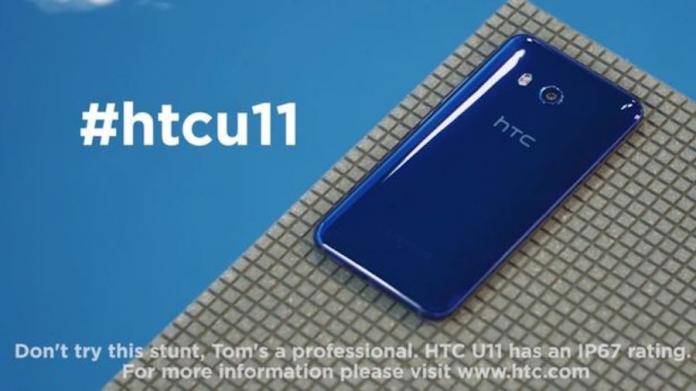 You would think that a “don’t try this stunt at home” warning in an ad would be enough to deter people from actually imitating what happens in the commercial. But according to a UK advertising watchdog, that is still unacceptable as they ban the ad for the HTC U11 featuring Olympic diver Tom Daly taking selfies after he dives from a high platform. They believe that similar behavior from consumers would damage the smartphone and that the ad constitutes misleading advertising as it exaggerated what the phone is capable of.

The ad is promoting the squeeze function of the HTC U11 as Daly repeatedly jumps from a platform in the pool and takes selfies by squeezing the device. He is also shown to be using the phone after he climbs out of the water. HTC cited the IP67 rating of the phone that it can be briefly submerged up to a depth of 1m and that he entered the water with his feet and held the phone above his head. They also have an on-screen warning that people should not try this stunt.

According to the Advertising Standards Authority, anyone who does what he is doing in the pool will cause damage to their smartphone since they will probably not be able to prevent their phone from sinking beyond 1m. Instructions on the device also indicate that the phone should not come in contact with pool water and that it should not be intentionally submerged.

The ban on the ad is across all media, although originally it was only for the Facebook ad version. HTC still had it on its YouTube channel as of this writing, so the ASA said they will be reminding the brand of this.