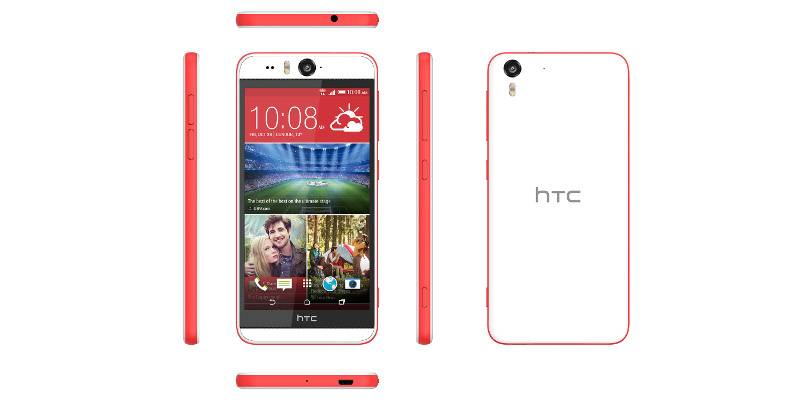 It appears that the leaks were quite spot on. HTC does indeed have a double-sided camera phone for digital photographers and selfie addicts alike. As part of its brand new imaging thrust, which led to the new HTC RE camera as well, the HTC Desire EYE offers a new kind of mobile photography experience, by making the front-facing camera a first class citizen and on the exact same level as the back one. Perhaps it also helps that the HTC Desire EYE is strangely quite on par with the HTC’s One M8 flagship in terms of hardware.

Let’s get those boring specs out of the way first. The Desire EYE runs on a 2.3 GHz quad-core Qualcomm Snapdragon 801 paired with 2 GB of RAM. The 5.2-inch display reaches a resolution of 1920×1080 pixels, Full HD, in other words. Internal storage starts at 16 GB, noted to have other configurations available, and expandable up to 128 GB with a microSD card. If this list sounds a tad familiar, it is because it is the exact same specs on the One M8, except for the larger screen size. Despite those premium innards, the design of this smartphone is unequivocally that of a Desire and not that of a premium-looking One.

That slight lapse in the looks department can perhaps be forgiven, because the focus won’t really be on its appearance. The cameras, are, especially the front ones. Actually, both front and rear shooters share many things in common. The back has a 13 megapixel sensor with a 28 mm wide angle lens and an opening of f/2.0. The front has an, until now unheard of, 13 megapixel sensor as well. The lens is only slightly smaller at 22 mm but has a higher aperture of f/2.2. It also has auto focus with zoom features and, also unheard of, a dual LED flash as well.

If the hardware hasn’t convinced you yet that this is a smartphone made with cameras in mind, then the new software might. We’ve met Zoe before, HTC’s video editing app turned into a collaborative social activity, now at its milestone 1.0 version. New to our ears, however, is the EYE, not a single software but a whole suite of features that take full advantage of the Desire EYE’s dual (camera) personality.

It has face tracking which is able to keep tabs on up to four people in a single room for the perfect group video chat. Split Capture combines photos or videos taken simultaneously on both front and rear cameras into a single split image or video. Crop-Me-In puts your face, taken by the front camera, right in the middle of the scene taken by the rear shooter.

Voice Selfie removes the pain of having to reach out for that button to trigger the shutter, allowing you to use simple phrases like “smile” or “say cheese” to do so.

And finally, fun editing features like Face Fusion and Live Makeup will also be descending from the HTC Desire 820 to the new EYE Experience.

The HTC Desire EYE will be coming to the US, EMEA, and Asia starting this month, though no exact date or price has been given yet. In the coming months, the HTC EYE suite of features will be available on the following models, in addition to the Desire EYE, of course: