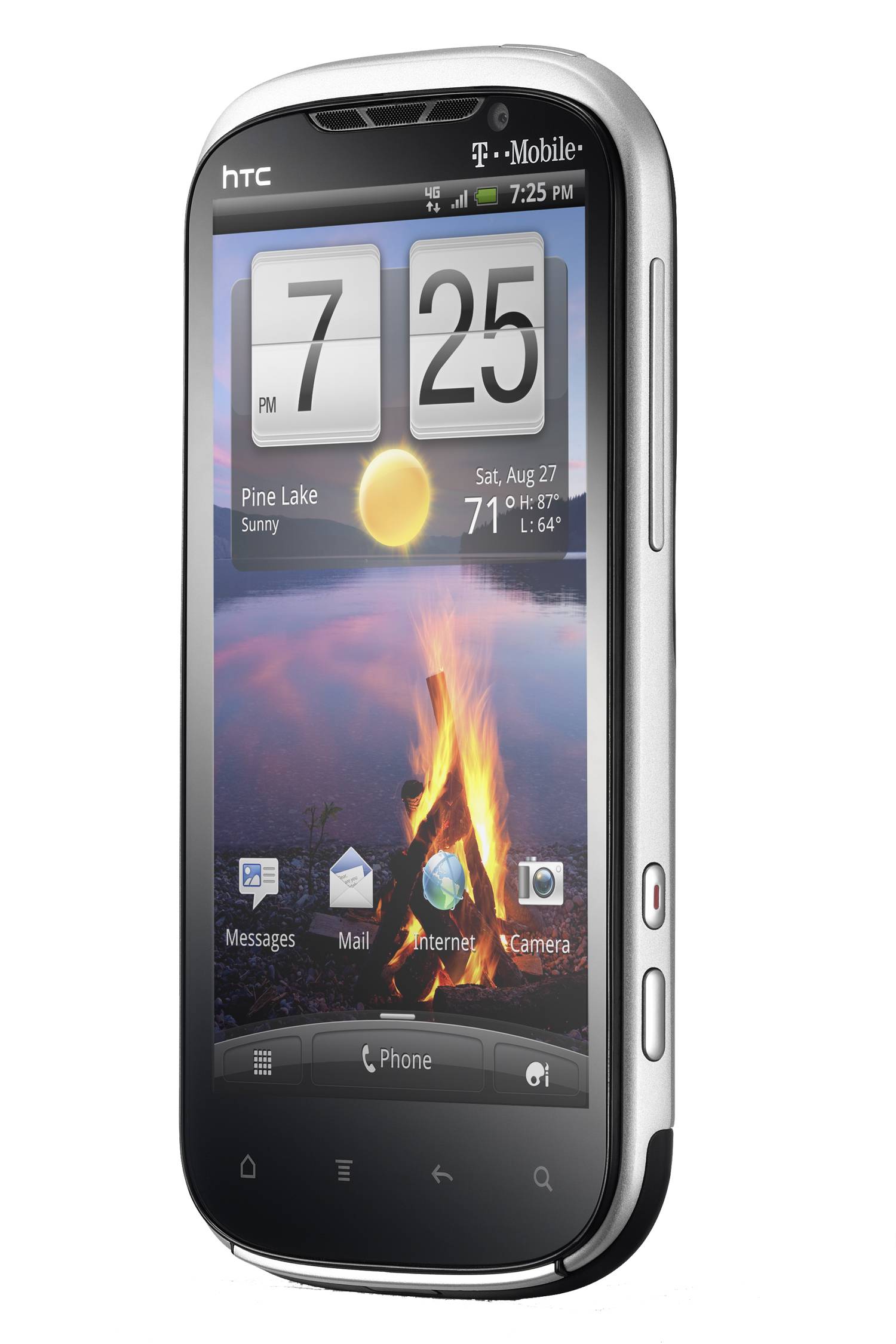 Today at GigaOm Mobilize 2011, T-Mobile has just officially announced the new and much rumored HTC Amaze 4G. Coming in October both the Amaze 4G and Samsung Galaxy S II will take advantage of T-Mobiles new HSPA+ 42 network technology. The Amaze 4G features a 1.5 Ghz dual-core processor and should be one awesome phone, more details can be found below.

Original leaks suggested a 1.5 GHz Qualcomm snapdragon dual-core processor, 1GB of RAM, 16GB internal storage, 4.3″ qHD diplsay, an 8 MP camera with dual LED flash (same great camera as the myTouch 4G Slide), as well as a front camera for video chat. Those have all been officially confirmed along with Android 2.3.4 Gingerbread and HTC Sense UI. We originally thought this would launch with Sense UI 3.5 but the press shot above clearly shows that is not the case.

The HTC Amaze 4G will support the new, faster HSPA+ 42 network on T-Mobile for enhanced data speeds, and will also come with full NFC capabilities. We should see Google Wallet for the Amaze 4G shortly.

Over on T-Mobile.com the HTC Amaze 4G will be available starting October 10th, and will hit retail stores on Wednesday, October 12th for $259.99 and will come with a $50 mail in rebate.