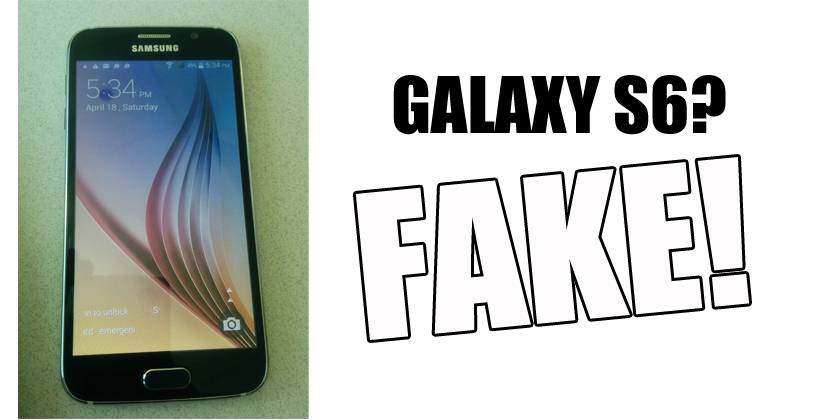 A reddit user is going viral for the wrong reasons – or shall we say, a very sad reason – as he tells the story of buying a Samsung Galaxy S6 for less than $500 on cragslist, quite a steal. He then goes home and finds out that he’s been sold a pretty well-crafted clone, and he has the pictures to prove it.

He says that this story started when he saw someone selling a Samsung SM-G920i model on craigslist. The seller claims that he bought the item on eBay but was unfortunately incompatible with CDMA networks in his area. So the man met the seller, and he even tested his AT&T GSM SIM to ensure that the device was unlocked. In his story, he says that the “the phone worked, and the hardware looked legit.” So he paid the seller around USD$500 and went home with the gadget.

The sad part of it is the realization that you’ve been duped. Clones and fakes usually work when you test your SIM card on them, and you only begin to realize they’re fakes on closer inspection. The outside is usually well-crafted to fool those who won’t look closely, and from the pictures, this one looks pretty good. But once you get into the software, you will realize your mistake, and it will hurt. 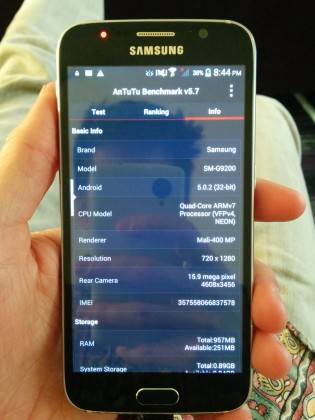 This gadget ran KitKat, even though it claims to run Android 5.0.2. There’s some baaaad grammar in the software, usually a reliable tell if the device is a clone or not. The man ran an AnTuTu benchmark test, and he got the sad facts – the device was running a MediaTek MT6582 processor, had 1GB of RAM and maxed out at 720p resolution. Pretty sad story, but the man learned his lesson, we suppose. 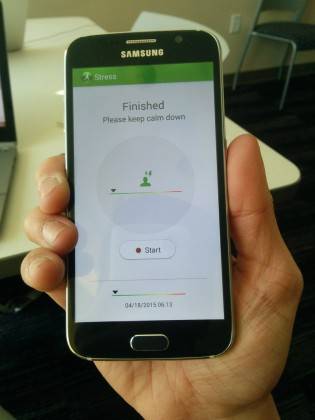