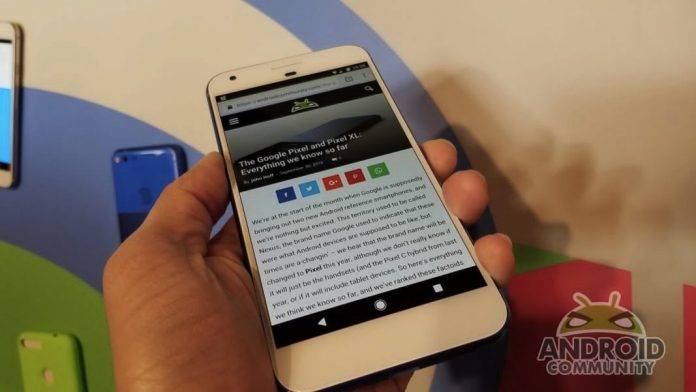 We have high expectations about the Google Pixel and Pixel but even if we have our initial review, we’re interested to know how it will survive the stresses of everyday life. This we want to know as the Samsung Galaxy Note 7 failed us after starting out with much hype. Google has yet to release the phones and it seems the public will have to wait some more as shipping has already been delayed.

The tech giant has been busing promoting the phones and even teaching us how to switch from an iPhone. Sample photos and videos are also being shown off online. Verizon already started to offer the phones. It was soon listed on the Google Store but quickly went out of stock.

There’s no problem in Australia as Telstra began to deliver pre-ordered Pixel phones but in the United States, delivery is delayed already. It’s either the Pixel is already so popular that the company can’t keep up with the demand or there’s some problem in manufacturing within Google. We’re betting on the first reason and true enough, Google said that demand is too high.

For those customers affected by shipping delays, Google is offering generously a $50 credits on the Play Store. That’s already a welcome compensation because you can buy a lot for fifty bucks. Okay, you can’t actually use the money but Play Store credits in such amount will go a long way.

Those customers affected by this will be sent an email stating the credits will be given after the order is delivered. There is no mention when exactly Google will begin delivery but rumor has it probably December. That’s such a long time from the original October schedule.

Read the full email below for your information: 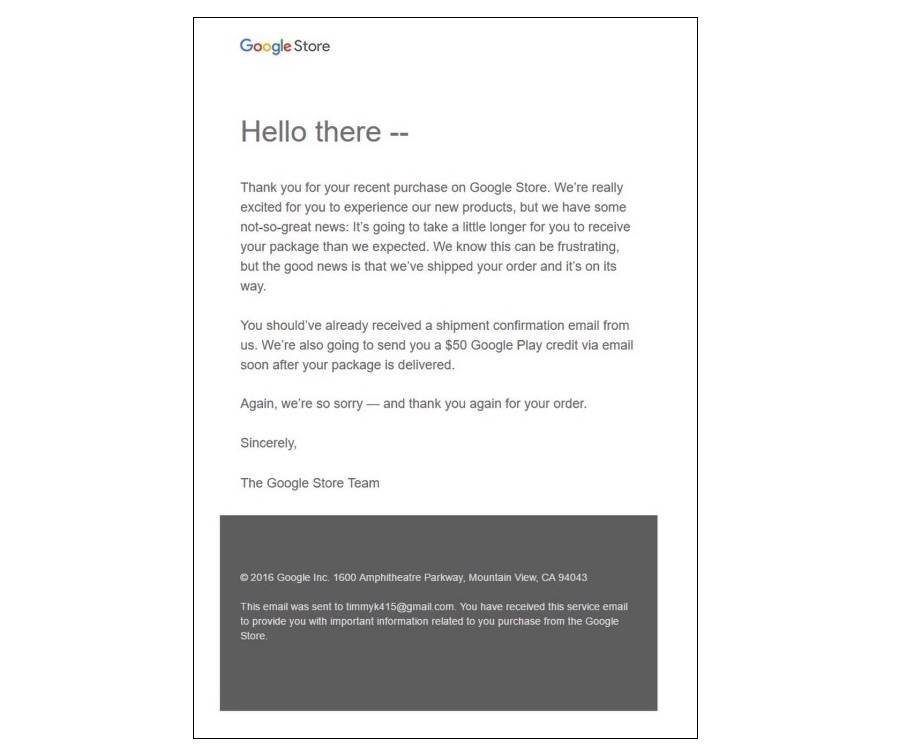