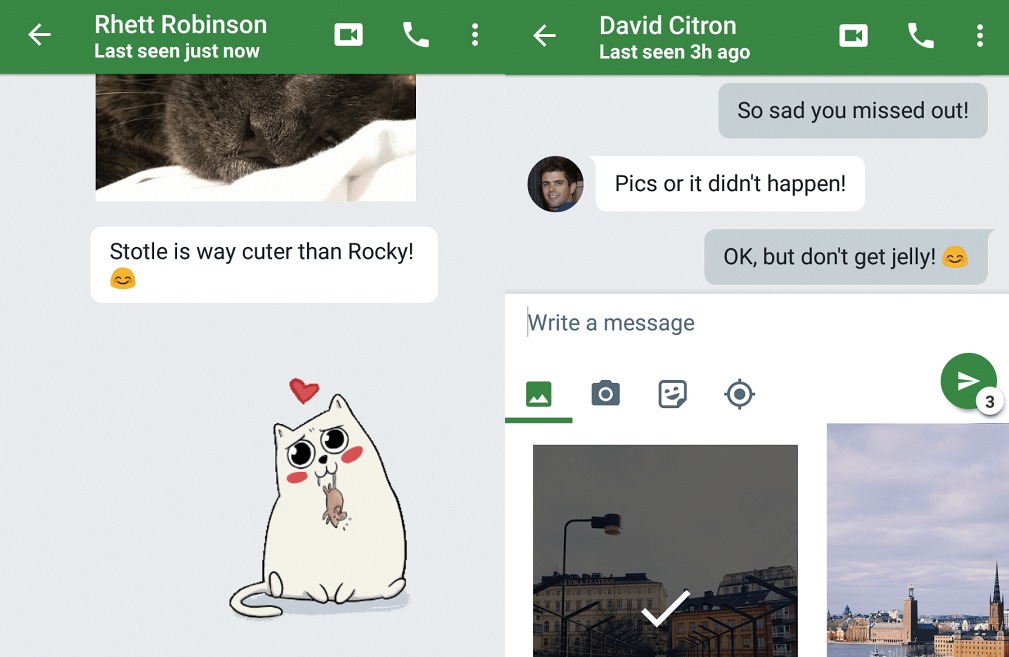 Still using Hangouts? There might be some changes to the Android app soon as there are talks that the SMS and MMS feature will be removed. That is one of the biggest features in Hangouts for Android. Nothing is confirmed yet but just in case Google decides to make such changes..,sorry. We know Google’s efforts to improve the app but we’re not certain why the texting feature has to be removed.

Google regularly updates Hangouts. Just recently, Google Hangouts started to accept “Guests” for meetings,  video calling was improved, it received its own webpage, and was finally updated to Material Design.

We don’t use the SMS/MMS functionality on Hangouts as often but it’s one feature that was most requested by Android users a couple of years back. Since then, it has received numerous updates and new features with SMS being integrated as well. Problem is, a number of users have been experiencing issues or are receiving late messages.

The most recent app update released last week included bug fixes and performance improvements. No mention of any changes on the SMS feature but just in case you’re a regular user of Hangouts, brace yourself. Google already has its own Messenger app and perhaps the company just wants us to use that instead. If and when this happens, we can also expect some changes for the Google Voice users.

The removal of SMS isn’t certain yet. It’s still a rumor but we already know that both Google Voice and Project Fi will remain. Let’s just wait and see.