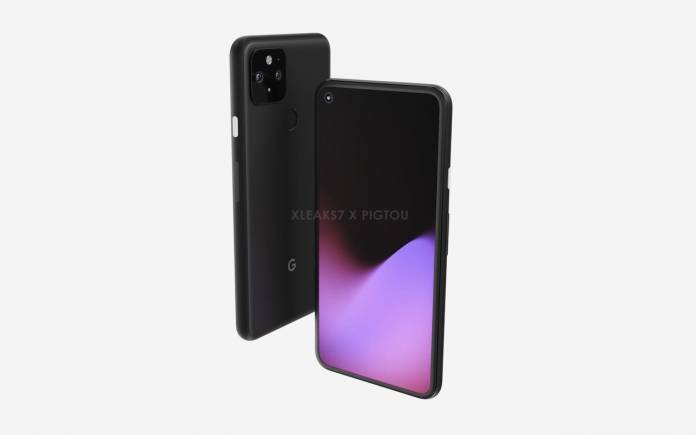 The Google Pixel 4a is not even out but we’re receiving more information about the upcoming Pixel 5. The Google phone is set to be unveiled sometime in October but before we spend our efforts on related leaks and speculations, we have to see the Pixel 4a first. We’re not sure when that one will arrive but the Google Pixel 3a has been discontinued already. Usually, for Google, a product being discontinued means a new one will be introduced soon.

The Pixel 4a also visited the FCC but still don’t know when it’s coming. While waiting, we can probably start anticipating for the Pixel 5 since details are expected to surface in the coming months.

The Google Pixel 5’s design has been leaked recently and Pigtou and @xleaks7 managed to come up with image renders. These are only CAD renders. They’re not official product images from the tech giant.

The Pixel 5 here is said to be more compact. It’s smaller compared to the other flagship smartphone from Google. Dimensions could be 144.6mm x 70.4mm x 8mm. The camera bump could be up to 9.5mm.

So the phone looks a lot like the Pixel 4 and the canceled Pixel 4a XL. We’re not surprised if Google isn’t doing any major change. The difference may all boil down to the specs and features. Pigtou shares there will be a rear fingerprint sensor, square camera module, USB Type-C port, speaker grilles, glass back, aluminum sides, and an absentee headphone jack.

We suggest you take things with a pinch of salt since numerous sources are saying some details are not real. Well, of course. These are only speculations.

Google is believed to be just in the planning stage. Master Leakster Steve H.McFly and Youtuber M. Brandon Lee believe the renders are not based in reality. That’s understandable because it may be too early and details are really scarce.

The Pixel 5 could be better. It has to be if Google is really serious it making it big in the hardware business. For now, we’ll focus our attention on the yet-to-be-revealed Pixel 4a. Let’s wait and see.