We’re two weeks shy of October and for loyal followers of the Google brand, the tech giant is believed to be launching the two new Pixel phones. A video was published earlier, teasing us about the launch event and now it’s confirmed D-Day will be on October 4. It’s happening on a Wednesday but we find it more interesting the exact date is the same as last year. In a few weeks time, we’ll get to have a hold of the Pixel 2, Pixel XL 2, and possibly a new Chromebook Pixel and Google Home.

The upcoming Pixel phones are positioned to compete with the latest premium flagship phones introduced in the market like the Samsung Galaxy Note 3, LG V30, and the iPhone 8 and iPhone X. Google shared a link where you can sign-up to receive more information.

It’s possible that the October 4 event can also be for other Google products and services but the Pixel series is what we’ve been hearing about the past few weeks and months. So far, we know the Google Pixel smartphones will run the latest Snapdragon 836 processor. The Pixel 2 was recently sighted on FCC with Active Edge and Android 8.0.1 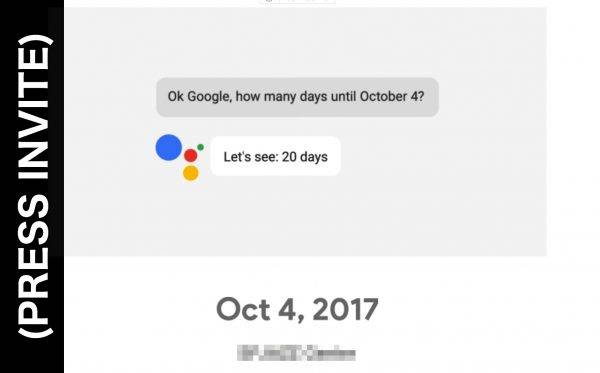 Press invites have been sent out so we’re adding the event to our calendar. While waiting for the said event, expect more information and photos to be leaked by other sources or teased by Google.