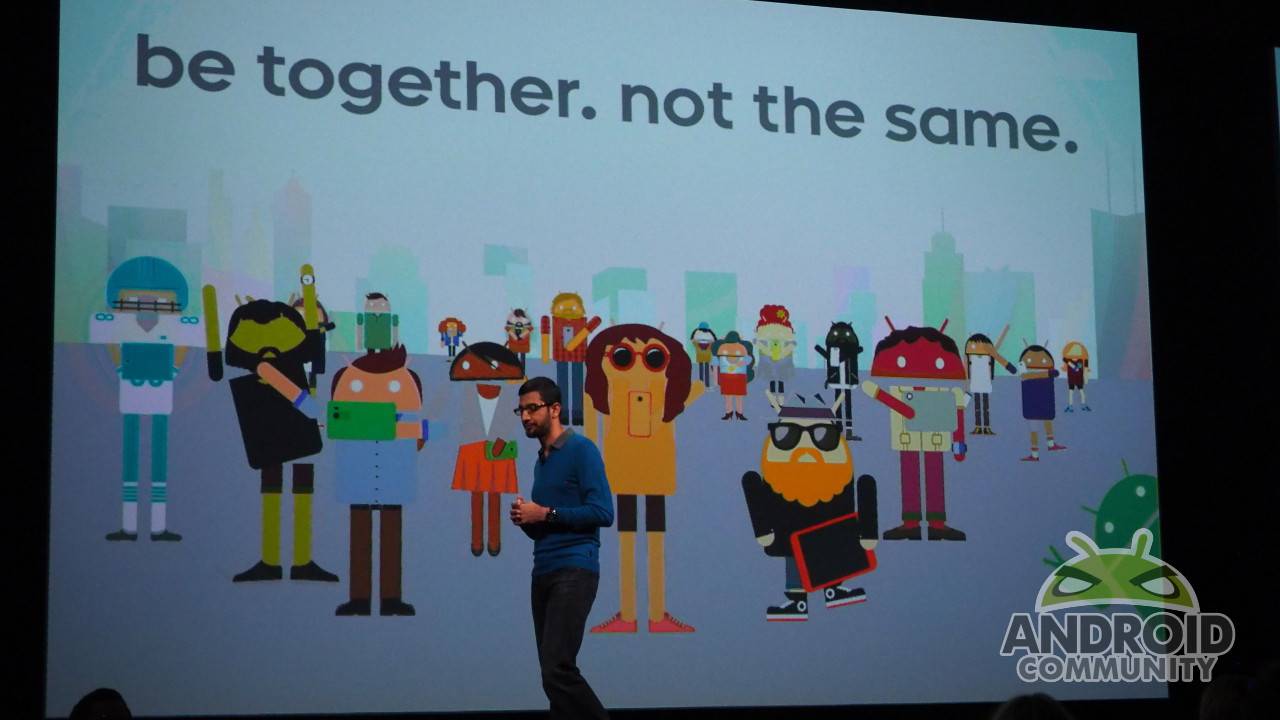 Google covered a lot of ground at its I/O 2015 keynote this morning, and Android stood at the forefront of its efforts. Android M was revealed, which first arrives as a Developer Preview and will later arrive for the public in the third quarter of this year. Google has high as ever hopes for its mobile platform, and as such revealed the anticipated Android Pay, its bid to compete with Apple Pay and other mobile payment systems. Read on for all the details!

According to Google, the upcoming version of Android will have the Internet giant’s mobile OS going “back to the basics”, with improvements to the core experience and expanded functionality. Developers could be seeing this version of it — the M — as early as today but sometime within the next few weeks. What the “M” stands for is anyone’s guess at this point.

The general public will be seeing Android M in the third quarter of this year; Several big name handsets will be running the newest version fairly early on, including things like the Samsung Galaxy S6/Edge and HTC One M9.

This leads into Android Pay, which will be a replacement for Google Wallet and will work with Android gadgets as an open platform. It’ll be found bundled on some devices from Verizon, T-Mobile USA, and AT&T, and will be accepted at a bunch of retailers like Best Buy, McDonalds, Staples, Subway, Pepsi, Panera, Walgreens, Aeropostale, Babies R Us, and more. There’ll be support for Visa, MasterCard, American Express, and Discover Card when it kicks off. A total of 700k stores in the US will support Android Pay.

Other Android news includes HBO NOW coming to the mobile platform (as well as Chromecast), Brillo for developers to make Android apps for connecting devices together, Google Now on Tap for expanding Google Now’s reach, and a couple expansions for Google Photos.

For those who’ve embraced the wearables world, Google also dropped some details on that reality — among them being that there are now 4,000 apps for Android Wear. And speaking of apps, the Internet giant has some plans for improving app discovery, which we’ve already detailed. There’s a whole lot more on the Google I/O 2015 front, so be sure to hit up our related tag portal to see all the details as they arrive!