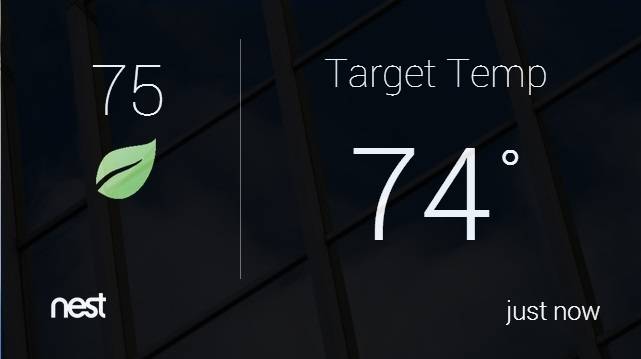 Those using Google Glass now have another reason to consider using a Nest thermostat in their homes. The Nest is a learning thermostat that is touted as being the “next generation.” Aside from the convenience of being able to control the Nest using a smartphone, the thermostat is said to be able to lower your heating and cooling bill by up to 20 percent. More to the point for today though, the Nest thermostat now has a Google Glass app.

The app is called Glass Nest and it will allow the user to control their thermostat using voice commands. There is a variety of available commands, however they all essentially lead to three main functions — adjusting the temperature, setting the thermostat to away mode and bringing the thermostat out of away mode. Some examples include saying “temperature to [degrees]” or “away status to true” to enter away mode.

Alternatively, to take the thermostat out of away mode you would say “away status to false.” For those looking to use commands that are a bit more true to the way you would talk normally, getting out of away mode can also be accomplished by simply announcing “I’m home.” The full list of available commands can be seen below. 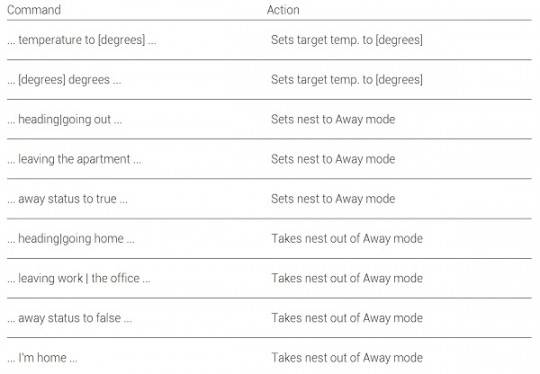 Otherwise, in addition to this app, it seems we are beginning to see more and more Glass apps, which coincidentally happen to be called Glassware. Some of the recent Glassware apps include Twitter and Facebook as well as Evernote. We also got a look at an app called MedRef that uses facial recognition and word of an upcoming release of Sherpa, a digital assistant app that is expected later in the year.