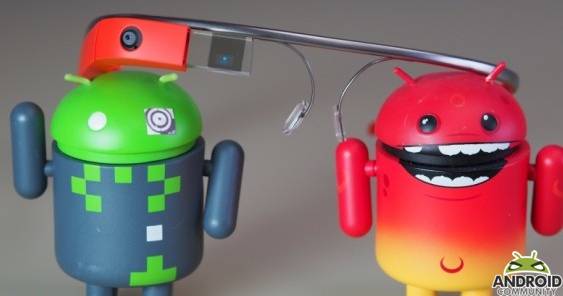 Google Glass apps had been pretty limited and up until today there was just two, one for Path and the other for The New York Times. That said, the app situation appears to be growing as of today. There has been several apps mentioned and today we are getting a look at one from Twitter and from Evernote.

The Twitter app will be launching with a focus on image sharing and it will be made clear where these images are coming from. In fact, all images sent to Twitter using Glass will have the following text; Just shared a photo #throughglass. Or course, as you will see in the images sitting below, there will also be a link to the image.

Aside from the image sharing, Twitter for Glass will also allow the user to see Tweets as well as mentions and direct messages. For those worried about an endless stream of messages going through Glass, worry not as you will need to turn on notifications for the people that you want to see in Glass. Users can also favorite Tweets, retweet and reply to messages using the Glass app.

Aside from Twitter, the folks at Evernote have also revealed some details on their Glass app. Users will be able to capture image and video notes and send them to Evernote using the Glass sharing menu. The app will also allow users to pick notes from Evernote Web and send them to your Google Glass Timeline for future reference.

Evernote is providing what they are calling a first look at the app. Basically, offering a set of details with a teaser letting users know that “this is only the beginning” and they are “getting a glimpse of simple and useful ways that Evernote can be used with Google Glass.” Otherwise, the Twitter app is currently available and Glass users can head to google.com/myglass to get things installed and setup.