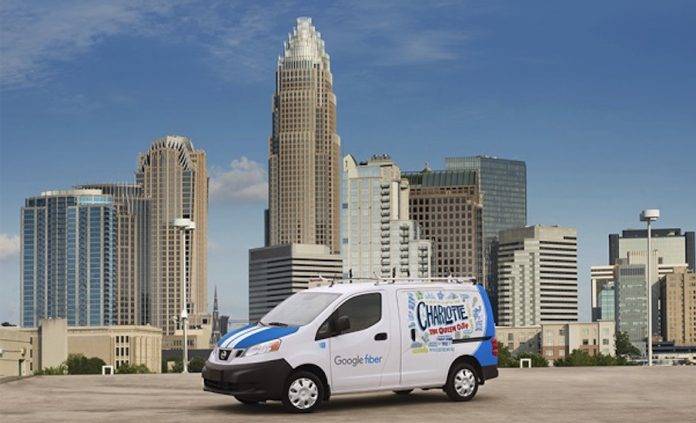 Time flies so fast. It’s been five years since the search giant announced Google Fiber in Kansas City. It’s the first city in the United States where the company invested in to offer ultra fast Internet connection everywhere in the area. It soon expanded to more cities and states including San Antonio, Texas; Atlanta, Charlotte, Raleigh-Durham, NC, Nashville, and Provo, Utah aside from the numerous cities in Kansas.

Google has brought 1Gbps Internet to most cities in the region. It may be taking a while but Google only wants to make sure that everything is well-planned. It may be long before the whole country gets the premium Internet service but at least we know it’s possible–thank you Google. The Fiber division has since grown and undergone changes and have seen innovations so more people can be connected. We’re not sure how many total subscribers are there but the numbers are rapidly increasing especially the past few months as the company partners with more networks .

It’s a special unit within Google and as with any businesses out there, the Fiber division needs to evaluate, plan, and make changes in strategies if needed. Google recently announced that it has refined its plans to ensure goals are achieved and customers are given priority.

Google Fiber cities will continue to be serviced but those still in the pipeline, Google is pausing the construction for now as the group is still doing enhancements. This also means some employees will have to be laid off, unfortunately, especially those in the potential fiber cities.

Alphabet’s SVP and Access CEO Craig Barratt made the announcement on the Google Fiber blog. He wrote:

We’re ever grateful to these cities for their ongoing partnership and patience, and we’re confident we’ll have an opportunity to resume our partnership discussions once we’ve advanced our technologies and solutions. In this handful of cities that are still in an exploratory stage, and in certain related areas of our supporting operations, we’ll be reducing our employee base.

Barratt will remain as the group’s advisor. No details yet on what will happen in the near future or when the partnerships will resume but don’t worry if you live in a Fiber city as Google will continue providing the superfast Internet you need.