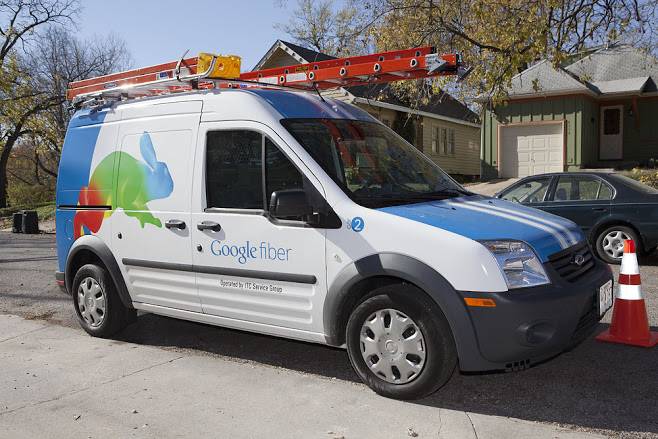 Looks like another city in Kansas is getting the blessing of Google Fiber internet. Google Fiber’s Community Manager, Rachel Hack, made an announcement saying, “Another city in the Kansas City area is getting the chance to join the growing Silicon Prairie”. She also says that she hopes that there will be many more announcements for future cities in the Kansas City area.

Google Fiber offers the residence of Kansas’s metro area internet speeds of up to 1 gigabits per second. That’s almost 100 times faster than the internet speeds most Americans have, and it comes at a relatively affordable pricetag as well. Consumers will be able to subscribe to the internet service for only $70 a month, or $120 if they want cable television as well.

Google hopes that its Fiber internet service will help make the internet a powerful tool in terms of communications. It foresees a future where doctors can confer with patients via high-definition video chats, and where teachers can teach online courses (like those offered by Coursera) live to a wide group of students. Google wants to offer users something more than just “fast web browsing”.

Google plans on bringing Fiber to more cities in Kansas, and soon to other parts of the United States. According the FCC, 1Gbps internet speeds should be available in “at least one community per state by 2015”, and Google looks to jump start that program. By offering such high internet speeds at affordable prices, companies like Comcast and AT&T will have to enhance their own networks in order to compete. Hopefully we’ll see more competitive internet pricing in the future.