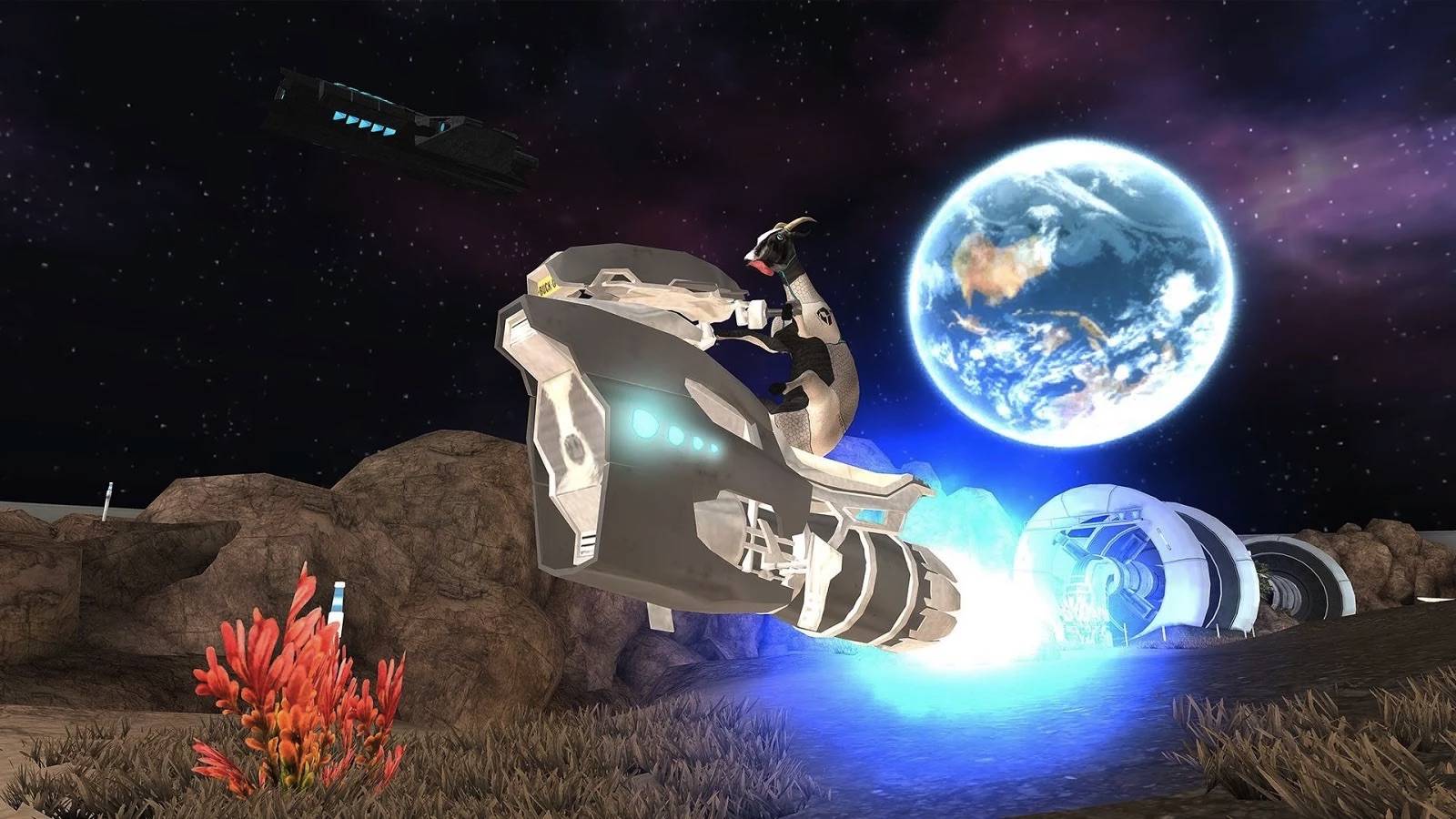 Our goat dreams have become a reality when Coffee Stain Studios released Goat Simulator back in 2014. It was a hit and was quickly updated with city maps and a multiplayer version called the Goat MMO Simulator. Zombies were soon added to the craziness and the latest update will have the goat going into space. Now that’s some kind of level up for the beloved farm animal.

If you’re already bored running after the zombies, leave the earth and go into space. We’ve got a space goat to rule. The goat will build a space colony first but it won’t be easy for the earthlings as it would take our money and headbutt us.

The space goat can do a lot of things like travel to another planet, shoot asteroids, build a spaceship or space museum, and build a Command bridge training simulator. These are just some of the features of this new Goat Simulator title. It’s totally out of this world.

This ‘Goat Simulator Waste of Space’ boasts of a bigger map for the goat to explore. Of course, the universe is too big that we can’t comprehend so there’s always a new planet or galaxy to explore. Game is free to download right now on Amazon Underground but it’s listed with a $3.99 premium on the Google Play Store. Check out for the unlockable goat with super powers and feel free to throw people (too harsh), 3D print, or create more black holes.

Download Goat Simulator from the Google Play Store or from Amazon