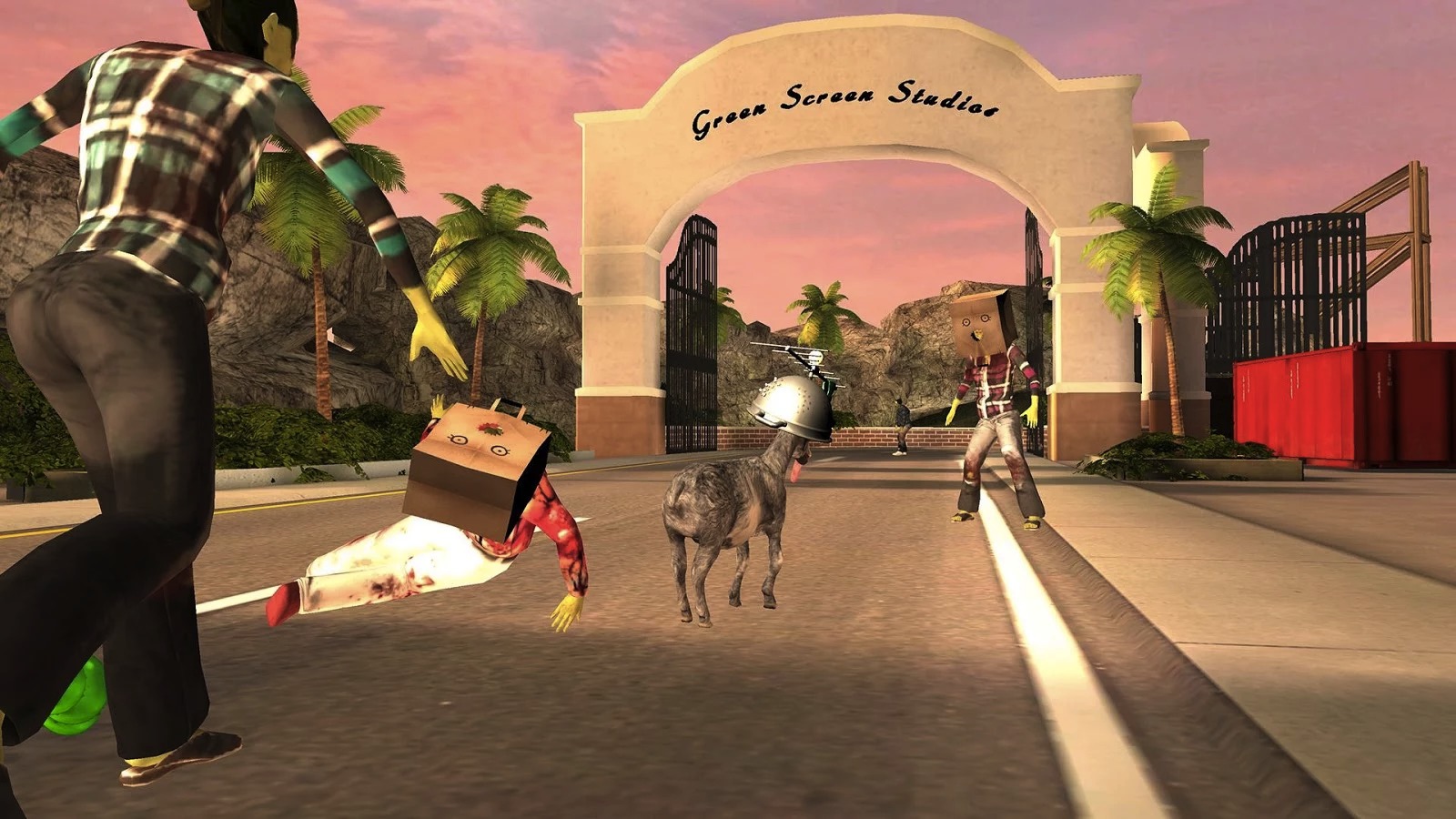 Goat Simulator has been making several goat dreams into a reality since September last year. Coffee Stain Studios, the smart guys behind the game, even added a new city map earlier this year. I had a feeling that won’t be the last but just the first of many enhancements.

And now, we’ve got a new version of Goat Simulator. This addition to the Goat Simulator universe brings what else– ZOMBIES!! Goats and zombies in one game? That sounds really weird but interesting nonetheless. How will the goat face the zombies? Will the zombies be afraid of the goat? You need to download, pay $5.99, and play to find out.

The developers of Goat Simulator describe themselves as idiots but I think they’re really smart to make something fun and exciting. You can craft anything in the goat’s world. You can make weapons and just about anything that would help fight those zombies going after you from everywhere.

If you want more challenge from this zombie game, you can try the fully fledged survival mode where you need to eat every five minutes. You’re a goat and you’re bound to get hungry but every 5 minutes?! That’s too much but that’s your life now as a goat. But hey, remember you’re a goat and not a zombie.