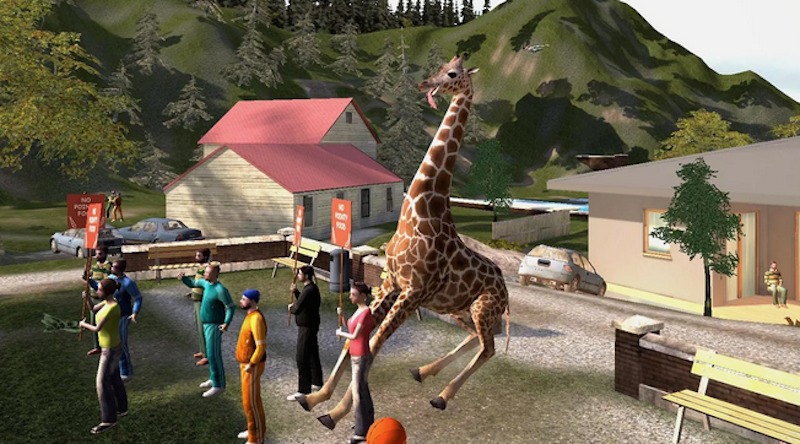 Anyone can be a goat. That’s what the Goat Simulator for Android wants us to believe. App developer Coffee Stain Studios knows your dreams of becoming a goat so it brings the latest in goat simulation technology. All you need to do is download the app on your Android device and voila, you’re a goat that can wreck stuff and cause as much destruction.

Okay, before you get serious and contemplate that you can actually be a goat, know that this is a just a game– a silly one at that. It’s a bit heartbreaking that we have to post a disclaimer that this is a game but really, some people need to hear or read it. We don’t want to cause your turning into a real goat (finally!). We just want you to have fun.

This Goat Simulator is not the first in goat simulation technology but it’s one of the best in terms of physics and graphics. Sadly, the paid app (You really have to pay for this!) has millions of bugs that are actually of hilarious. Just don’t mind them, keep on playing and get more points for wrecking stuff. Who knows, you can be the alpha goat after a few games or so.

Believe it or not, Goat Simulator is a popular game on PC. Coffee Stain Studios decided to release the game on mobile so you can be a goat anytime, anywhere. You can be the Repulsive Goat, Classy Goat, Shopping Goat, or Tornado Goat.

The $4.99 mobile app version is similar to a skating game but instead of riding a skateboard, the player is a goat causing so much destruction everywhere it goes. The mobile game really has no point. It just make your goat dreams a reality. Seriously? Seriously.

Goat madness? You got it.

Download Goat Simulator for Android from the Google Play Store