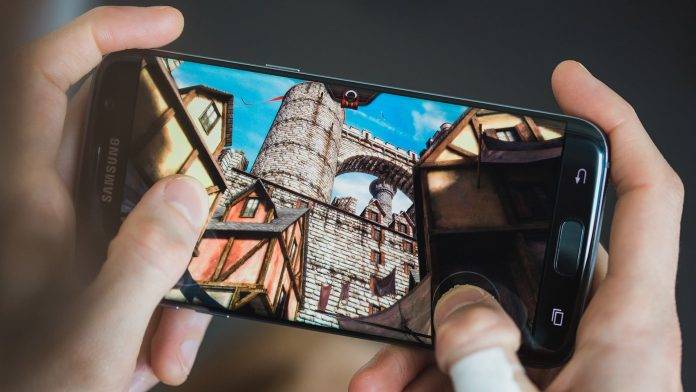 After all the hype, Nintendo has surprised everybody by launching its highly awaited game – Animal Crossing: Pocket Camp – a day ahead of schedule. The Japanese gaming giant teased everybody by showing what the game would be like a few weeks back, and surely now everybody is excited to get its hands on the new game. This is free to download, and available in some territories for now. But surely that will change in the next few days, so download the game and check out the hype.

If you’re up for some techno-psychedelic shooting game action on virtual reality, then Rez Infinite should be right up your alley. We’ve been waiting for a VR shooting game that would be fun and would blow us away – and this just might be it. Remember that it requires a Daydream-capable phone, paired with a Daydream headset and controllers. You will be given a free trial level before you decide to spend money on the full game.

If you are one of those who go absolutely crazy for Naruto, Bandai Namco has just launched its new game – Naruto X Boruto Ninja Voltage – globally via the Play Store, and the early reviews seem to be relatively good. People are saying that the game is not for casual gamers, and would require a lot of attention to the game. If you like that in an action RPG game, this might be for you.

One of the most awaited games for Android is finally out – Morphite is now available via the Play Store. If you haven’t heard of this yet, think “No Man’s Sky” but for Android, and a first person shooter gameplay to go with it. You’ll visit some alien planets, shoot up some baddies, scan creatures to earn cash, upgrade your weapons and tech. It already looks like a lot of fun.

This game started out as a PlayStation favorite, then moved on to the PC platform, and now it’s coming to mobile as well. This is a battle game – with turn-based gameplay and utilizing the Active Battle System we’ve all come to know and love from the Final Fantasy franchises. It may launch before the year ends, so watch out for this.

If you haven’t had enough of Marvel superheroes like Iron Man, Captain America, Spider-Man, and Doctor Strange, then watch out for this new action RPG that is set to launch in 2018. That still a ways off, but we have a trailer for you so you can get excited.

You wouldn’t be a child of the 90’s if you didn’t know what a Tamagotchi is. Those small pocket devices where you “took care” of your digital pets are now getting a much-needed refresh from Bandai Namco. Think improved visuals, better features, and an extra dollop of cuteness. All that to say that you’ll be crying all over again when you forget to feed your Tamagotchi and it dies. Boo hoo.