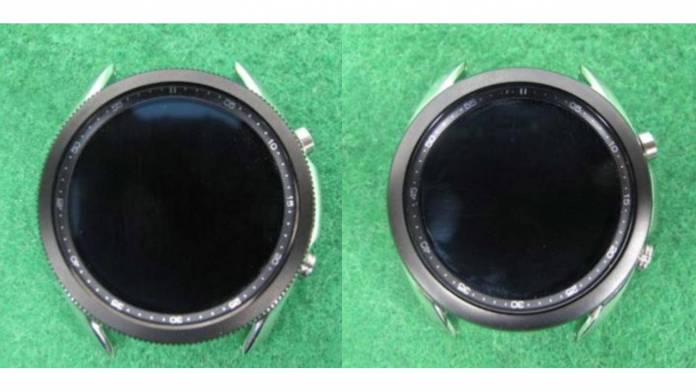 We have been hearing about Samsung’s new watch for a while now. We already know, thanks to a host of rumors and certification sightings, it will be called the Galaxy Watch 3 and would come in two models – 41mm and 45mm -and could be announced on July 22. While the official release from the South Korean consumer tech giant only remains a formality, there is still ambiguity over possible markets that this next-gen wearable would retail in. Providing a little hint, two model numbers SM-R845F and SM-R850 have appeared on Samsung India support page – strongly hinting at India being one of the early markets to embrace the Galaxy Watch 3.

The two models of the Galaxy Watch 3 – SM-R845F and SM-R850, sighted by MySmartPrice on the India support page, were first seen in a SAR certification. While SM-R845F is billed as the 45mm model, the SM-R850 is the smaller 41mm variant. All possible details of Galaxy Watch 3  have already been revealed ahead of the launch, which was initially believed to happen on August 5 Unpacked alongside the much anticipated Galaxy Note 20 and Galaxy Fold 2 smartphones.

Galaxy Watch 3 is likely to come out in stainless steel and titanium variants and have Bluetooth and LTE connectivity. According to Evan Blass, a trusted tech leakster, the new watch will roll out in nine configurations considering the connectivity options, sizes, and color variations.

The watch with rotating bezel will run Tizen OS 5.5 and feature 1GB of RAM paired with 8GB of internal storage. The 41mm and 45mm models of the Galaxy Watch 3 will have 247 mAh and 340 mAh batteries respectively. There are rumors of a Titanium model of the Galaxy Watch 3, which would come with a metal link bracelet – a rarity in fitness watches.

The Titanium smartphone will however be a Bluetooth only model (no LTE option, sorry). For fitness tracking, Galaxy Watch 3 will feature heart rate monitor, Electrocardiogram (ECG), and will be able to monitor blood pressure. The watch is expected to start at around $400, how will it be priced in India; there is no word on that yet.