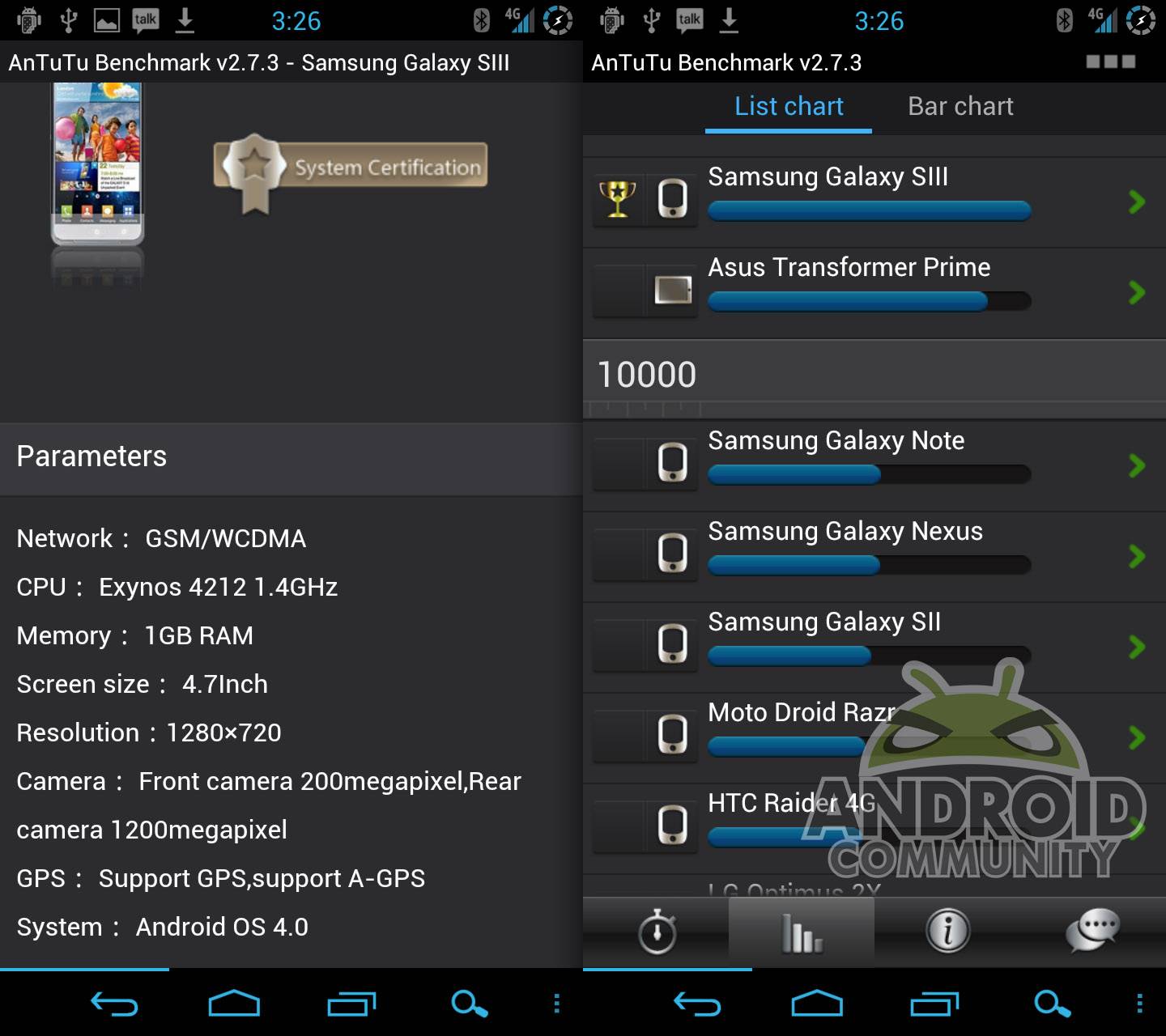 With the Samsung “next Galaxy” event fast approaching, news of the impending Galaxy S III is coming in from all over. The latest and certainly most interesting tidbit comes from the AnTuTu benchmark app, which keeps a database of the fastest devices that have used their app and servers. Lo and behold, the Galaxy S III showed up in the results today, smoking every other Android device yet tested. Yup, even the reigning king of processor performance, the ASUS Eee Pad Transformer Prime.

And here’s the really interesting bit: the Galaxy S III appears to have done it with a dual-core processor. The device in question was using an Exynos chip, but not the quad-core version we had been expecting from other leaks. The processor is an Exynos 4212 running at 1.4Ghz. Note that every benchmark is different; other well-known testing methods may put the Tegra 3 or Snapdragon S4 on top. But in any case, there’s little doubt that the Galaxy S III will be a performance monster.

Other specs on display back up rumors we had heard previously, including a 4.7-inch 720p screen, 12-megapixel camera and Android 4.0. The front-facing camera is a whopping 2 megapixels, while the system memory is a more conventional 1GB (not the 2GB we’d heard from at least one source). While the dual-core chip is just a little disappointing, it looks like the Galaxy S III won’t be suffering much from just two cores. Remember to keep an eye on Android Community on May 3rd – we’ll be covering live from the Samsung’s London event.