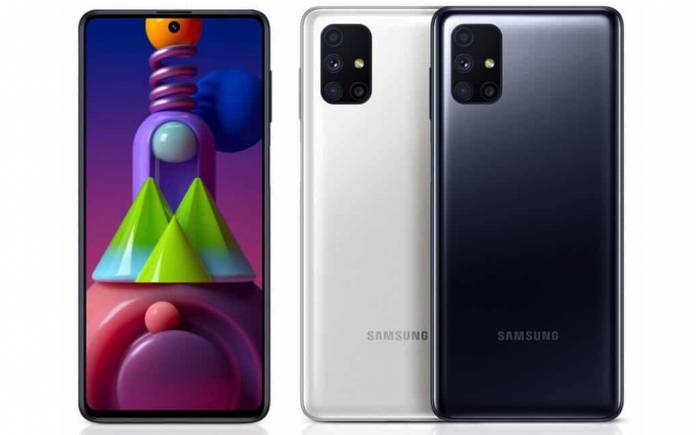 Just last week, the Samsung Galaxy M32 was officially announced in India. The Galaxy M series continues to sell in India with the phones’ monster specs. Before the Galaxy M32, there was also the Samsung Galaxy M12 launching with a 6000mAh battery and a 90Hz screen. A Samsung Galaxy M52 has been tipped to be in the works as per a listing on Geekbench. It is said to run on a premium Snapdragon processor that is able to offer 5G connectivity.

The Samsung Galaxy M52 5G is expected to be released in Europe. Three color options may be offered. The processor will be Snapdragon 778G which is not really premium as the Snapdragon 888 but almost as powerful.

The Samsung Galaxy M52 will be a 5G smartphone. It will follow the Galaxy M32 which will also be released in Europe. As we described before, the Snapdragon 778G 5G chipset brings flagship-level tech to mid-rangers. The phone is almost similar to the Snapdragon 888-powered Galaxy S21. Maybe this is the closest we can get to the Galaxy S21 FE which some are saying will be delayed.

The Galaxy M52 specs and features will be upgraded from last year. We’re looking forward to a better camera system from last year’s 64MP main and 32MP selfie shooter. The 90Hz is already a given. As for the battery, how about a 7000 mAh battery or maybe something bigger. The Galaxy M51 phone from last year was introduced with a 7000mAh batt so that’s really impressive.