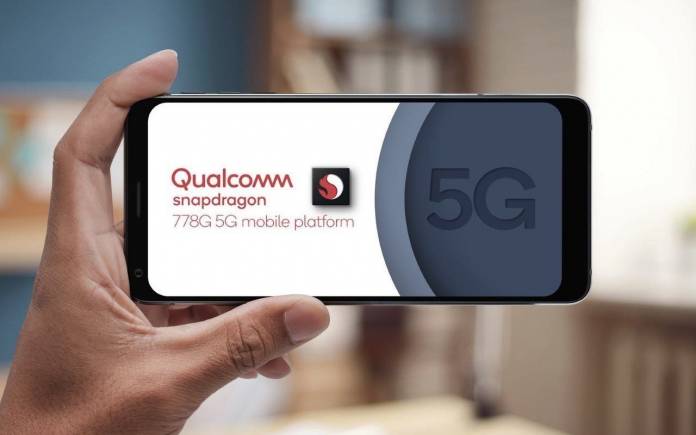 A little less than a month ago, Qualcomm released the Qualcomm Snapdragon 780G 5G mobile processor. It now has a follow-up in the form of Snapdragon 778G. Qualcomm just keeps on bringing more chipsets to the mobile market so OEMs have more choices. The 5G SoC is meant for mid-range smartphones but is ready to deliver almost premium mobile performance. It’s almost flagship level with flagship technology for upcoming devices that are not as expensive. The company knows what the OEMs and consumers want and delivers them with every product launch.

The Snapdragon 778G processor from Qualcomm features a Triple ISP. This camera technology allows devices to capture three videos or photos at once using three sensors which can be zoom, ultra-wide, or wide for example. The tech can support Staggered HDR image sensors and 4K HDR10+ video.

As with most Snapdragon processors, this one allows faster rending of games by 40%. It’s possible with the Adreno 642L GPU. The chipset supports Variable Rate Shading (VRS) and Qualcomm Game Quick Touch. Previously, these features were only available for Snapdragon 8 series. They’re now available on the Snapdragon 7 series.

Expect new phones from Motorola, iQOO, Honor, Realme, Xiaomi, and OPPO that will be equipped with Snapdragon 778G. They may be announced this second quarter. We’re looking forward to the HONOR 50 series to be one of the first Snapdragon 778G-powered devices to be introduced.