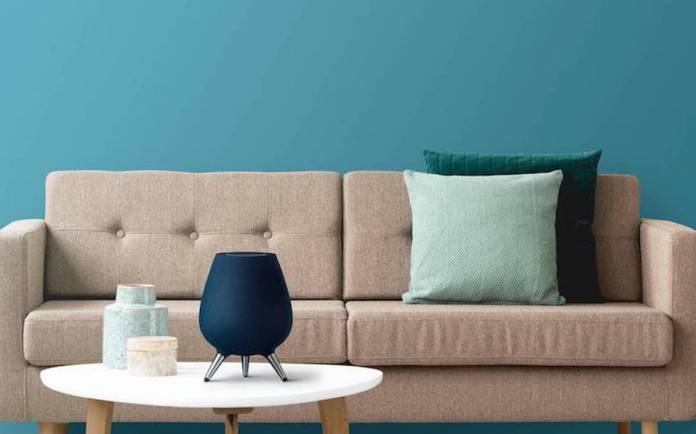 And so Samsung has announced the Galaxy Note 10 phones. We noticed many things missing but we can’t forget the fact that Bixby was never mentioned. We reviewed the Unpacked event and there was really nothing. Could this mean Samsung is doing away with the Bixby? There is no Bixby button either which could mean it’s forever gone. Well, maybe just on the Galaxy Note series. That is a possibility because the recently announced Galaxy Tab S6 still has Bixby support.

There will still be Bixby as Samsung is set to release a Galaxy Home smart speaker. Specifically, the Samsung Galaxy Home AI Bixby speaker‘s launch has been moved to Q3 2019 the promised April release.

We were hoping the Samsung smart speaker would at least show up at the Unpacked event but nothing. It will arrive but we’ll have to wait a bit. And aside from the Galaxy Home with Bixby, we were told a smaller version may also be available.

There is no formal announcement yet but the Galaxy Home could feature AKG-tuned audio, 360-degree sound, and Bixby voice assistant. As described, it could also work as a hub or control for other SmartThings products.

We’re not really sure what’s happening to the Galaxy Home right now. It’s not ready yet but we’re just thinking it’s for a good reason. The smart speaker may be better and more ready for more tasks with Bixby once released. We’re also looking forward to that Galaxy Home companion app. Let’s just wait and see.