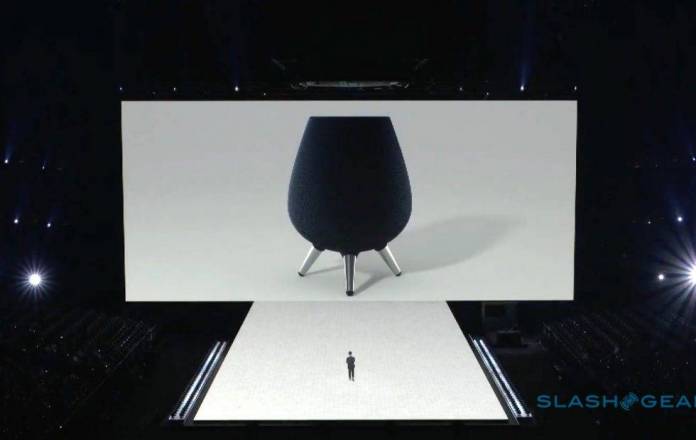 If you were wondering whether Samsung has decided to not put out their previously announced Galaxy Home smart speaker, we don’t have an official word when it will actually hit the market but we have sort of good news. Sources familiar with the matter have said that the Korean OEM is now finalizing the companion app that will go with the device so we can assume that they will still be releasing it sometime this year. As to when that is exactly is still up in the air.

The Galaxy Home was announced last year alongside the Galaxy Note 9. That was 9 months ago and we haven’t heard anything yet about an actual release date so some were speculating that they will not push through with it anymore. Around 2 months ago, Samsung CEO DJ Koh said that they will be releasing it by April. Well, obviously that didn’t happen but that doesn’t mean that the project is already dead in the water.

According to SAM Mobile, the companion app that they’re reportedly working on will allow users to set up the Galaxy Home easily as well as manage the device settings. And of course, since the smart speaker will be powered by Samsung’s digital assistant Bixby, the settings and services for that will be within the app as well. The device will also serve as a hub for its smart home ecosystem so expect the app, together with voice commands through Bixby, to have settings and controls as well.

Compared to the current slate of smart speakers in the market, the Galaxy Home will be different in a sense that it wants to be an actual speaker with sound quality as well. It will have natural sound processing and speakers with a subwoofer that claims to deliver deep bass. And of course, AKG will be involved in terms of tuning its directional audio speakers.

But as to when we can expect to see the Galaxy Home, that is still the question. Another issue would be whether it can actually compete with the likes of Amazon Echo and Google Home devices since Bixby still hasn’t reached its full potential as a digital assistant. Hopefully we’ll get another, more surer date soon.