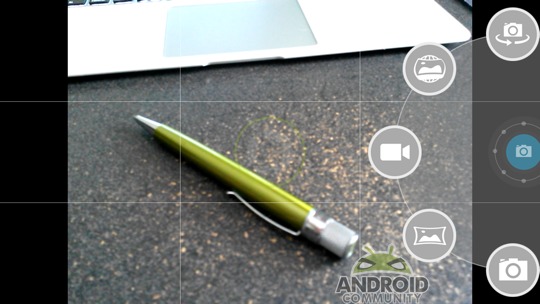 Details of the app had gone relatively quiet after that initial release, however the app remained available. The Focal app was a bit buggy and certainly had some issues, but then again, it was always said to have been an early release. Flash forward till last week when we saw the news of Cyanogen Inc.

That had CyanogenMod forming into a company and one of the side effects was the removal of Focal. While there is likely more to the story, we did see a bit of why it was removed. Despite Focal being buggy and having some issues, it was an app that had quite a bit of potential.

Anyway, the app was removed from CyanogenMod and we were hoping to see it arrive in the Play Store for all to download, check out and maybe even use. That has since happened. The Focal camera app has been listed in the Play Store and it is available for free. The app is listed as a beta and brings support for devices running Android 4.2 or later.

We had been using the earlier version and since this Play Store release we deleted that older version and began playing with this. Bottom line here, the app is still a bit buggy and still has some issues, but we do feel the app has some potential and while it may not be ready for everyone just yet, it is one that you may want to keep an eye on for the future.